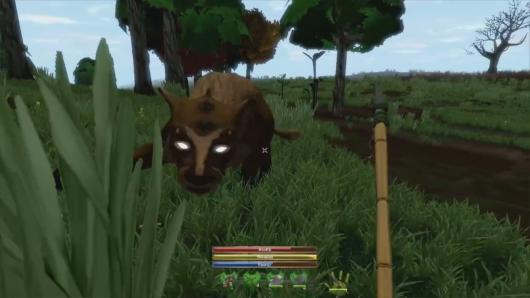 The team behind TUG is about to let you play in the sandbox with your friends. The most recent update on the game's Kickstarter page includes multiplayer support so that you can built shelters with all of your friends. Moreover, this update adds in non-blocky voxel support. You won't just build houses out of dirt blocks; you'll build smooth, sprawling mansions! Out of, um, dirt. That part needs a bit of an update.

You can check out the video just past the break for a comprehensive look at all of the features being added with this next patch to the alpha client. There are also several bug fixes and usability improvements for the client, including tweaks to rid the game of issues with small rocks and seed growth and improvements to tool use factors. If you're an alpha tester, the game you're playing will be that much better after the patch.

In this article: crowdfunding, game-mechanics, kickstarter, multiplayer, multiplayer-support, nerd-kingdom, news, news-items, not-so-massively, patch, patches, sandbox, the-untitled-game, trailer, trailers, tug, update, updates, video, videos
All products recommended by Engadget are selected by our editorial team, independent of our parent company. Some of our stories include affiliate links. If you buy something through one of these links, we may earn an affiliate commission.