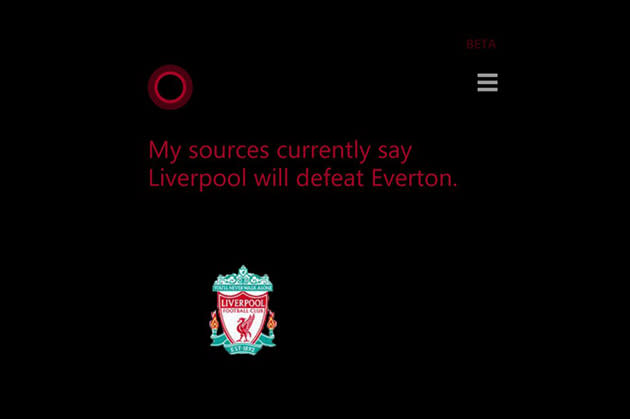 Microsoft's Cortana has already proven itself to be quite the oracle. Last summer, the Windows Phone assistant accurately predicted almost all of the World Cup's knockout matches, and since then it's started guessing NFL games too. Of course, now that the Super Bowl's all wrapped up, you might have thought Cortana was ready to take a quick break. Well, think again. For its next trick, the Halo-inspired tool is tackling the UK's Premier League. Using Bing-analysed historical match data, Cortana will now happily predict the victor for any upcoming fixture. It's just a bit of fun, although based on its stellar track record, Microsoft's assistant could prove useful when deciding your next football bets.

In this article: Cortana, cortanawindowsphone, football, microsoft, personal assistant, Predictions, Soccer, Windows Phone
All products recommended by Engadget are selected by our editorial team, independent of our parent company. Some of our stories include affiliate links. If you buy something through one of these links, we may earn an affiliate commission.