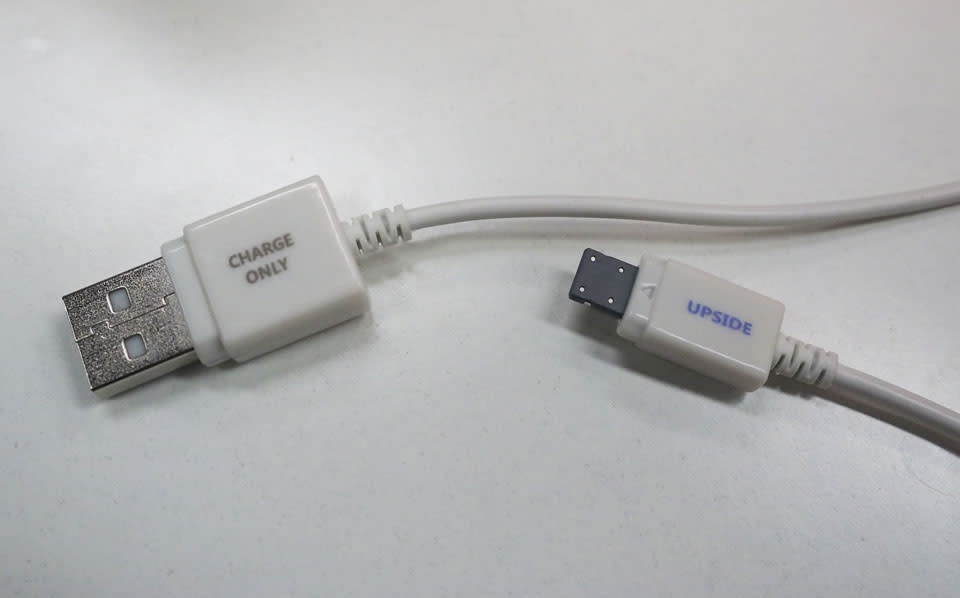 How do you make an iPhone Lightning cable at a tenth of the price of what Apple charges? In short, you can't. Cupertino holds claim to the design patents, not to mention that there's an authenticator chip built into the cable, which means Apple can charge to license out the design (in turn bumping up the cable's base price). However, to avoid such licensing issues, Daiso (arguably the de facto 100-yen/dollar store in Japan) has substantially tweaked the Lightning cable you once knew. This means it's roughly a tenth of the price of the cheapest Apple-certified cable on Amazon, but well, it's also only really half the cable. In short, it's a one-trick cable; it's for charging only. And hey, that's what you're doing anyway, right? Probably every single day. I used to be a slave to my Lightning cable. You get one in the box with your phone, sure, but I want extras for the sake of precaution. Maybe I'll be taking a lot of photos, or using Google Maps a lot -- overuse (or a late night at the office) typically means my phone will need a top-up. Not only am I bringing my device everywhere; I'm toting a Lightning cable too. This means additional wear and tear, although my in-box Lightning cable has never come apart on me or stopped working. Still it's only one cable.

I bought four at once, mainly because I'd been hearing about the cable for months and it was sold out everywhere. I also picked up a micro-USB to Lightning convertor, again for the same price. I've stashed a cable into just about anything or anywhere I could: gym bag, office drawer, two different workbags and a suitcase -- like before, just in case.

However, when it comes to tethered hotspotting, syncing to your PC or, well, anything to do with data, you just can't do it with this non-MFi cable. (Granted, for the last few years, you've been able to set up your iPhone with only a WiFi connection). There's also one other noticeable difference: Unlike Apple's Lightning cable, this can only be plugged in one way. In that regard, it's on par with both older iPhone cable as well as existing micro-USB cables for Android phones. On the phone-connecting end, you'll find "upside" printed on it, to avoid accidents. Yes, I've plugged it in the wrong way, but it was very easy to tell when I did it -- it lacks the satisfying clunk of the correct orientation.

What about those drawbacks? I don't care. It's 108 yen (after tax) and unlike the degree of risk associated with auction site listings from Chinese manufacturers (which have even cheaper cables), Japan's Daiso is a reliable enough retailer... if you can find it in stock. Given that the data-transfer issue is almost completely solved by WiFi, it's hard to find much to complain about when it all comes in at under a dollar.

In this article: apple, daiso, japan, lightning, LightningCable, mfi, mobilepostcross
All products recommended by Engadget are selected by our editorial team, independent of our parent company. Some of our stories include affiliate links. If you buy something through one of these links, we may earn an affiliate commission.