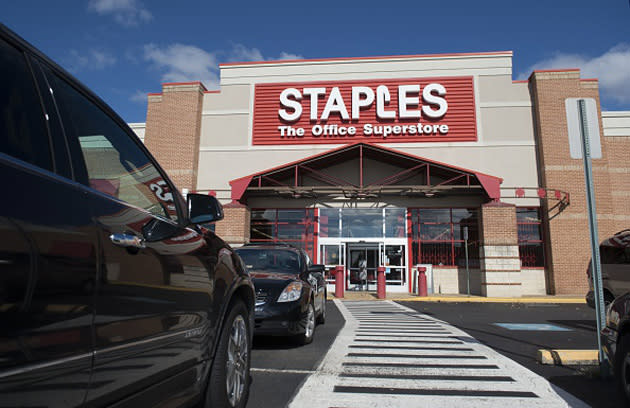 Best Buy may have to fight a bit harder for your technology dollar. Staples just bought Office Depot, making it by far the biggest office supply outlet in the US and a considerably larger source for everything from computers to 3D printing. The combined company hopes to use its newfound clout to speed up its "strategic reinvention," letting it dip into delivery businesses and escape its old-school focus on workplace basics like pens and desk chairs.

Just how big Staples will become isn't clear yet. The deal isn't expected to close until nearer to the end of 2015, and it's apparent that things are going to get messy -- Staples is talking about $1 billion in "synergies" that will include job cuts and eliminating other redundancies. The big-box chain may well become a force to be reckoned with, but that'll come at a cost.

In this article: acquisition, internet, officedepot, officesupplies, retail, shopping, staples, store
All products recommended by Engadget are selected by our editorial team, independent of our parent company. Some of our stories include affiliate links. If you buy something through one of these links, we may earn an affiliate commission.