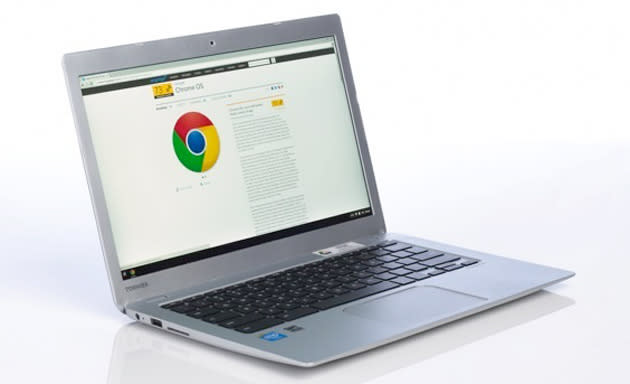 Losing a gadget sucks, but having to change all your passwords to make sure no thief gets to your bank accounts is much worse for some people. That's why it's awesome that Chrome OS devices can now be locked when stolen or lost -- if they're Enterprise/Business or Education computers, that is. Google has introduced the feature as an update to the admin console, and according to Google employee François Beaufort, there's no way to do it for personal devices yet. That's unfortunate, but seeing as Chromebooks are doing especially well in the education sector, we're not entirely surprised. Those who do use a school/work-issued Chromebook only have to ask their IT admin to lock it remotely from the web-based control system. After that, people who switch the device on will only see a lock screen with the company's or school's address and phone number, in an attempt to guilt them into finding the rightful owner.

In this article: chromebook, ChromeOs, google, lock, lost, security, theft, update
All products recommended by Engadget are selected by our editorial team, independent of our parent company. Some of our stories include affiliate links. If you buy something through one of these links, we may earn an affiliate commission.