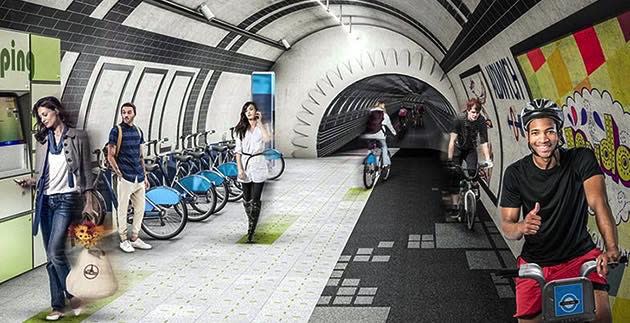 The internet abounds with unlikely stories of how to make thousands of dollars by doing little or nothing, but here's one money-making scheme that's actually true: A Massachusetts-based nonprofit is paying people up to $13,000 per year for turning over their stool samples. The samples are then used to help fight a rare bacteria called C. difficile. In other science news, an eight-year-old girl may have just made some serious headway in finding a cure for cancer. Camilla Lisanti's parents are cancer researchers, and the child suggested to them that they use antibiotics, "just like when I have a sore throat." It just might be simple enough to work. UK lawmakers voted this week to allow in vitro fertilization using DNA from three people. The technique would be used to eliminate mitochondrial diseases in IVF babies. The FDA recently revealed that several herbal supplements found on the shelves of GNC, Walmart, Walgreens and Target don't contain the ingredients they claim. Instead, they're filled with cheap substitutes, like wheat and soy powder. On the green tech front, the folks at the Oakland-based 3D-printing firm Emerging Outfits have developed a 3D-printed ceramic "Cool Brick" that uses nothing but water to cool homes in hot, dry climates. The brick is now on display at the Museum of Craft Design in San Francisco. In wearable tech news, the PC security firm Symantec (best known for its Norton security products) has teamed up with Betabrand to create a pair of jeans designed to stop so-called digital pickpockets from poaching your personal data. And if you've ever walked around New York City and wondered why USB drives are embedded in building walls, click here for the full story.

Apple will soon be the proud owner of the greenest building on the planet, and last week, the tech company further strengthened its green design cred when it announced plans to build a $2 billion data center that will be entirely solar powered in Mesa, Arizona. In other clean energy news, President Barack Obama released his 2016 budget proposal last week, and it calls for $7.4 billion in funding for clean energy technologies as well as the creation of a $4 billion fund to incentivize cuts to power plant emissions. The UK nearly doubled its solar capacity last year, and the country has no plans to slow down -- the nation expects for 10 million homes to be solar-powered by the year 2020. Part of the reason for recent solar installation gains is that costs are declining. A new report released by the International Renewable Energy Agency predicts that solar costs will drop by almost 40 percent in the next two years. If renewables are becoming so affordable, then why do politicians keep pushing the Keystone XL pipeline? Here's another good reason for Obama to veto the proposed pipeline: A new EPA report reveals that the pipeline would emit 1.37 billion metric tons of greenhouse gases. That directly contradicts a previous State Department report, which suggested that the pipeline "would have no significant impact on the environment."

The Tesla Model X SUV is one of the most hotly anticipated new electric cars. It's been delayed several times, but now you can finally catch a glimpse of the electric car in action, thanks to YouTube user Juan del Real, who uploaded a video of some speed tests at an old naval base in Alameda, California. In other green transportation news, BYD Motors recently unveiled the world's first long-range electric coach bus, which can travel over 190 miles at highway speed on a single charge. Ridesharing originated in the Bay Area, so it seems inevitable that Google will get into the game, right? Sources have suggested that Google is making quiet preparations to roll out a ride-sharing service of its own. This is still firmly planted in the realm of rumor, but it would put some serious pressure on other car-sharing services, like Uber and Lyft. In bicycle news, the mayor of London signed off on what will soon be Europe's longest protected bike lane, and Gensler drew up plans for turning abandoned Underground tunnels into energy-generating bike paths. And electric bike company EVELO created the Omni Wheel, which transforms an existing bicycle into an e-bike in just 30 minutes, and for half the cost of a new electric bike.

In this article: EcoFriendly, EV, green, inhabitat, InhabitatsWeekInGreen, solar
All products recommended by Engadget are selected by our editorial team, independent of our parent company. Some of our stories include affiliate links. If you buy something through one of these links, we may earn an affiliate commission.