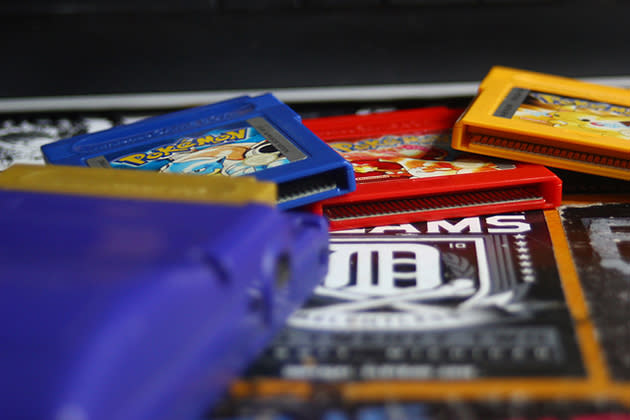 Gotta catch 'em all. Gotta catch 'em all. Gotta catch 'em all. For some 17 years, those words have reverberated around coder Pepijn de Vos's mind, and thanks to an Arduino and some ingenuity, his dreams have now come true. Well, probably not, but a project like this deserves an epic back story. In reality, hobbyist de Vos has created a system for trading Pokémon from the first generation of the franchise with himself. The setup is actually pretty simple: connect a Game Boy, Game Boy Color or Game Boy Advance to an Arduino board via a Game Link Cable. Then, borrow de Vos's code (available on GitHub), and start trading Pokémon with the Arduino.

As excessive as this sounds, there is no way to catch all of the first generation's 150 Pokémon without trading or exploiting a glitch (which also gives access to the 151st, Mew), as many are exclusive to the Red, Blue and Yellow versions of the game. Using the Arduino setup, you can easily swap Pokémon between the different versions of the game by initiating a trade, swapping out cartridges, and re-trading. You can also trade with the same cartridge, allowing you to unlock Golem, which evolves from Graveler when traded. Although the setup has only been tested with the first generation games, it stands to reason that the trick would also work with second-gen titles (Silver, Gold and Crystal), as they use the same Pokémon trading protocol.

In this article: arduino, gameboy, pokemon
All products recommended by Engadget are selected by our editorial team, independent of our parent company. Some of our stories include affiliate links. If you buy something through one of these links, we may earn an affiliate commission.