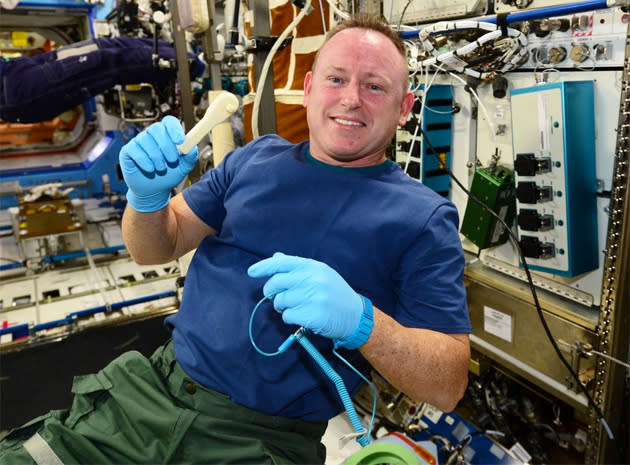 We'll soon know if those wrenches the ISS astronauts 3D printed aboard the station are up to par. SpaceX's Dragon has brought the tools back to Earth, along with an assortment of experiment data and samples, on its way home from a resupply mission on February 10th. That means scientists will now be able to assess the wrenches and see if they're comparable to the real thing -- if they do, well, they're one step closer to approving 3D printers for future Mars manned missions. "For the printer's final test in this phase of operations," says space station 3D printer program manager Niki Werkheiser, "NASA wanted to validate the process for printing on demand, which will be critical on longer journeys to Mars."

The ISS astronauts used a printer specifically developed for use in microgravity, which prints objects using plastic filaments heated at lower temperatures, by a team called "Made in Space." Europe's space agency is scheduled to send another model to the ISS, though, because the astronauts will need to test which process works best out there. They need the best 3D printer aboard the ship to the red planet, after all, since it'll give astronauts to access to wrench, hammer or screwdriver they need during their months-long trip, without having to carry them from the ground.

In addition to the plastic wrench, Dragon also touched down with crystallized cystic fibrosis protein (for use in medicine development), along with samples of seedling from plants grown in the station. The latter could aid scientists in creating crops that use resources more efficiently to eventually be planted here on Earth -- and later on manned spacecraft during long missions.

In this article: 3dPrinting, InternationalSpaceStation, iss, nasa, space
All products recommended by Engadget are selected by our editorial team, independent of our parent company. Some of our stories include affiliate links. If you buy something through one of these links, we may earn an affiliate commission.