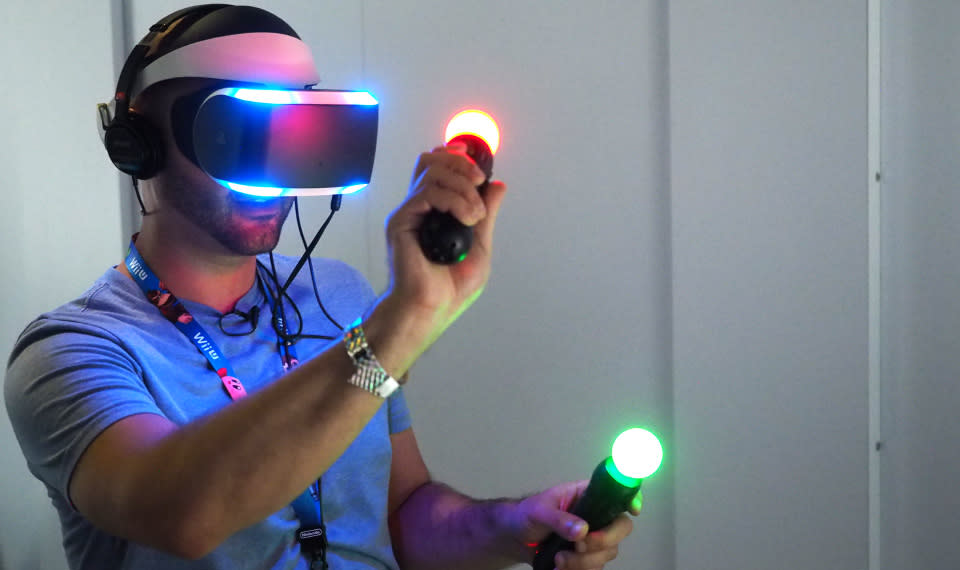 Tim Sweeney knows the video game industry. He started Epic Games, the studio behind huge franchises like Gears of War, Unreal Tournament, and Infinity Blade, and the widely used game development software, Unreal Engine. He's hailed as a founding father of the modern gaming industry, having started Epic Games in 1991 while still in college, and he's a technical genius with keen business sense. So when he says virtual reality is going to change the world, we're listening.

"There are some amazing things happening in VR right now, and a lot of them haven't seen the light of day publicly at all," Sweeney said during a phone interview this week. "But next year is going to just be a watershed time for VR."

It's about time, too -- Oculus Rift, the headset that spawned the tech world's current infatuation with virtual reality, was first announced in 2012 and has yet to launch a final product or even establish a release date. In 2014, Facebook purchased Oculus VR for $2 billion, a move that did nothing to dampen industry anticipation. Other major companies have jumped aboard the virtual reality train since 2012, including Samsung, Valve, Google, Microsoft and Sony.

At Sundance this year, virtual reality stole the show with a flight simulator, a 360-degree monster film and a bunch of new movie, documentary and video game announcements.

Regarding the potential impact of virtual reality, Sweeney sees the landscape clearly:

"It's going to change the world. The hardware is going to double in quality every few years for another decade, to the point where, 10 years from now, it's going to be hard to tell the difference between virtual reality and the real world."

Sweeney predicts that this next year will be crucial for virtual reality, and he's not the only one.

At CES in January, Oculus Product VP Nate Mitchell told Engadget that 2015 would be a "big year for VR." Michael Abrash, VR Lead at Valve (the company behind Half-Life, Portal and game-distribution service Steam), had the following prediction in January 2014: "A great VR system at a consumer price in 2015 is more than just possible -- it's sitting there waiting to happen. And it will happen, if not in 2015, then soon after."

With all of these people pointing to the same timeline, we're ready for a huge year in VR -- or at least a release date, ahem, Oculus.

In this article: EpicGames, interview, OculusRift, TimSweeney, VirtualReality, vr
All products recommended by Engadget are selected by our editorial team, independent of our parent company. Some of our stories include affiliate links. If you buy something through one of these links, we may earn an affiliate commission.