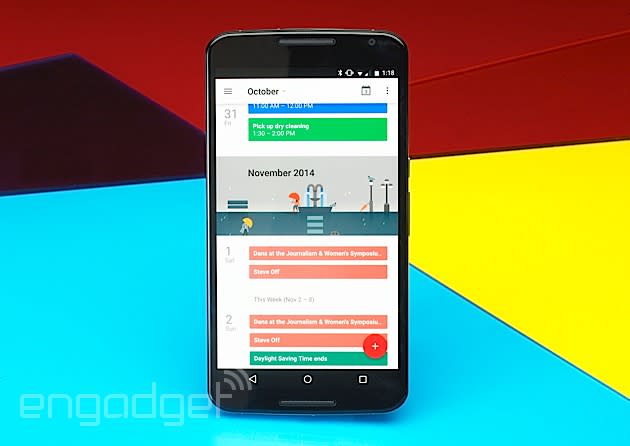 "OK, Google. Turn on WiFi" is something you might want to start practicing out loud if you're among the small percentage of Android users who already have Lollipop on their devices. Android Police has discovered that Google Now on the latest Android release can tweak some of your settings for you with just a voice command. Specifically, it can switch the device's Bluetooth, flashlight and WiFi on or off, whereas it could only bring up the Settings page in the past, leaving you to toggle things yourself. The feature can be really useful at times, especially if your device doesn't come with a built-in flashlight controller or if you need to use your phone while on the road. It seems to be limited to those three for now, and only for Lollipop devices, so you'll still have to work those thumbs to adjust any other setting. In this article: android, Android5.0, AndroidLollipop, google, GoogleNow, lollipop, mobilepostcross, voice, VoiceControl
All products recommended by Engadget are selected by our editorial team, independent of our parent company. Some of our stories include affiliate links. If you buy something through one of these links, we may earn an affiliate commission.