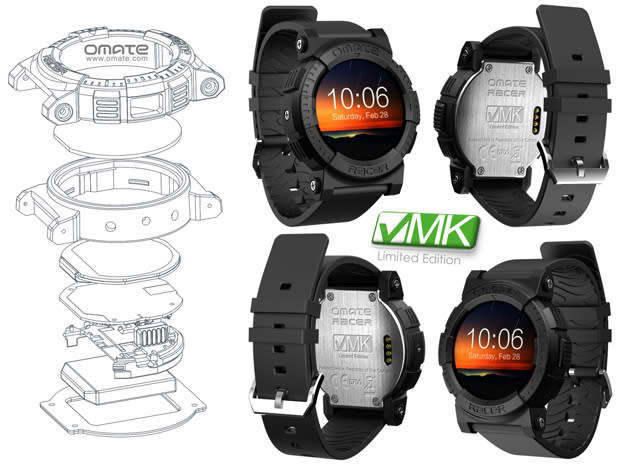 When Omate announced its $99 Racer last month, little did we know that this rugged, near-circular smartwatch will be heading to Africa -- Congo, Ivory Coast and Cameroon to begin with -- this coming June. According to today's announcement, this is all thanks to Congolese mobile startup VMK, who is already leading efforts to boost local smartphone penetration with affordable devices. Better yet, VMK will also be assembling the Africa edition Racer (plus future mobile devices) at its upcoming factory in the Republic of Congo, so unless someone else beats VMK to the race, this will be the first smartwatch to be assembled in Africa. Omate CEO Laurent Le Pen expects to sell 50,000 units in that continent alone this year, followed by plans to manufacture the whole device locally next year.

In this article: africa, Laurent Le Pen, omate, OmateRacer, racer, smartwatch, vmk, watch
All products recommended by Engadget are selected by our editorial team, independent of our parent company. Some of our stories include affiliate links. If you buy something through one of these links, we may earn an affiliate commission.