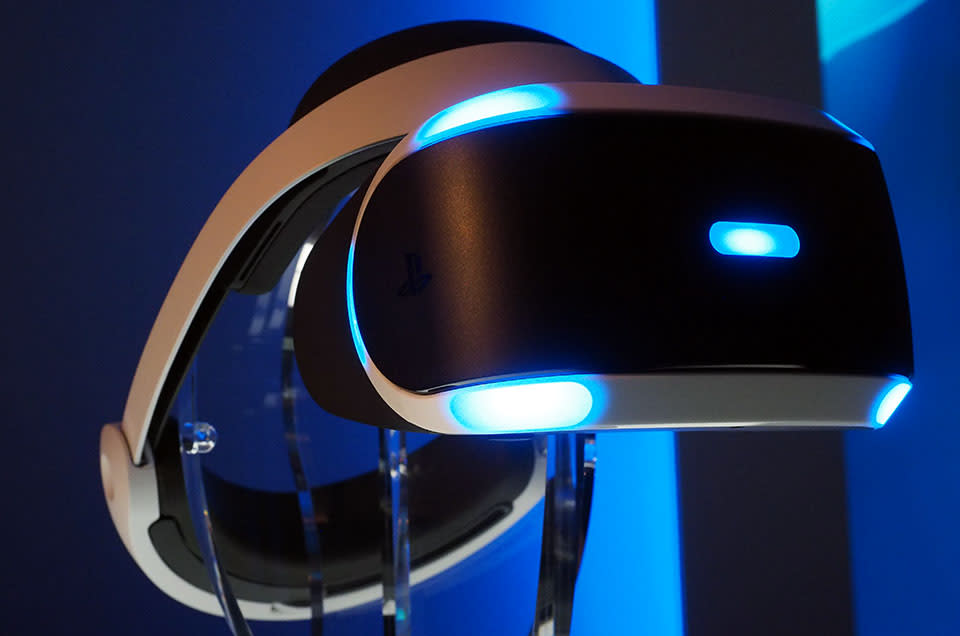 Sony's PlayStation 4-powered virtual reality headset, Project Morpheus, has new specs and a slightly different look (seen above). Okay, it doesn't look that different. What's new? For one, the screen resolution is improved: it's now 1,920 x RGB x 1,080. The refresh rate is doubled from last year at 120Hz, and the new 5.7-inch screen also has a higher field of view (nearly 100 degrees). Oh right! It's got a new, bigger screen at 5.7 inches! But you already guessed that. Further upping the specs is lower latency, now under 18 milliseconds.

Most importantly, the unit will launch at retail in "the first half of 2016." That's... kinda soon? Almost?

Price? No, no price yet. A new name? Nope, this thing is still called Project Morpheus. Sony's announcements today were all about a new model of Morpheus. Let's dig in on the news then. How about a review of those specs for starters? First things first, there's a new screen and it's 5.7 inches. It's an OLED, and the specs specifically are 1,920 x RGB x 1,080. Wait, what? The long and short is that the screen has a higher resolution than last year's model. It will help reduce the "screen door" effect that many VR headsets suffer from, in so many words.

The screen is afforded "super-low latency" (sub-18 ms) by way of improvements Sony's made to the software across the past year, and the field of view has been expanded to "nearly" 100 degrees. And the design has changed a bit as well: It's now got nine LED sensors on the outside, making it way more glowy blue than before, but also offering more points of articulation to be measured by the corresponding PlayStation 4 camera.

Sony also showed off a handful of new demos, which we're going to go and try right now. Stay tuned!

In this article: gdc, gdc2015, hdpostcross, morpheus, playstation4, projectmorpheus, ps4, sony, virtualreality, vr
All products recommended by Engadget are selected by our editorial team, independent of our parent company. Some of our stories include affiliate links. If you buy something through one of these links, we may earn an affiliate commission.