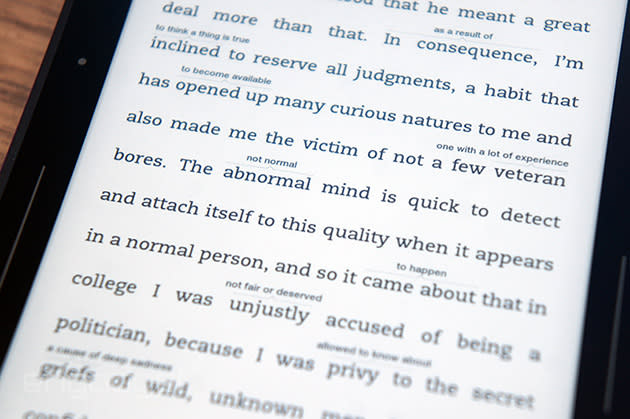 Isn't it ironic that tiny nuances of tax law can often cause colossal results out in the real world? It's one of those judgments that has rocked Europe after its highest court ruled that e-books aren't actually goods at all. Currently, paper books sold in the EU are subjected to a smaller amount of sales tax, since having an educated, literate population is generally considered to be a good thing. France and Luxembourg, seeing no difference between books and e-books, have been offering similar discounts on the latter since 2012.

This got the European Commission all hot and bothered, prompting it to sue two of its member states for breaching value-added tax rules. According to the court, since you need another device, like a computer or e-reader, to actually read an electronic book, those titles are actually a service rather than a good. That means, that for readers in those two countries, the tax rates will go up from 5.5 (France) and 3 (Luxembourg) percent to 20 and 17 percent, respectively.

It's likely that both France and Luxembourg will have to pick up the tab for the now illegal tax break, but the ramifications may not stop with a procedural slap on the wrist. After all, the judgment could now raise questions about the sale of digital movies and music, which are both similarly reliant on devices. Hell, you can't even enjoy a CD without a player, so expect plenty of future judgments in the digital media space to debate the merits of this case for years to come.

In this article: amazon, e-Books, ebooks, Europe, EuropeanCourt, France, Law, Luxembourg
All products recommended by Engadget are selected by our editorial team, independent of our parent company. Some of our stories include affiliate links. If you buy something through one of these links, we may earn an affiliate commission.