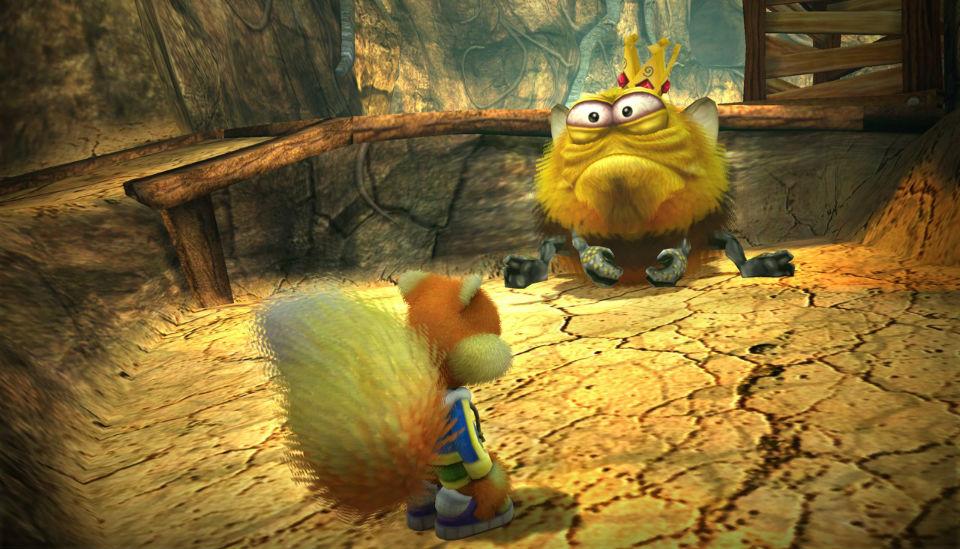 Rare Ltd., the storied game developer Microsoft bought off Nintendo for a hefty sum at the beginning of the century, has started to stir again. After years of developing poorly received motion-control games like Kinect Sports, all while members of the original staff left for other studios, rumors were swirling that the team will return to its classic series from the '90s. Conker, the foul-mouthed star of Conker's Bad Fur Day on Nintendo 64, actually popped up as a guest star in Xbox One game creator Project Spark. Just today a Reddit poster, verified as a former Microsoft employee, said that the company has been trying to get a new Conker game off the ground for some time. No time like the present to dig into Conker: Live & Reloaded for the original Xbox on JxE Streams.

Starting at 3PM ET on Engadget.com/gaming and Twitch.tv/Joystiq, we'll be playing two solid hours of the most juvenile, scatological game to ever make it out of Rare. Tim Seppala will play the game while Anthony John Agnello hangs out in the chat, answering your questions about how it feels to make a rodent smoke a cigar with a controller.

Want more streams? Make sure to check out the show schedule on Engadget.com/gaming and to follow us on Twitch.tv/Joystiq. Can't catch the live broadcast? Check back right here after the show for a full archive of the stream.

[UPADTE: The Reddit rumor about Insomniac developing a new Conker game was not, as previously thought, started by a Microsoft employee. The thread was actually started as part of an elaborate hoax perpetrated by Taylor Clysdale, a student at the University of Guelph-Humber.]

[We're playing a retail copy of Conker: Live & Reloaded on Xbox streamed through an Elgato Capture HD via OBS at 720p.]

In this article: conker, conkerliveandreloaded, engadgetstreams, hdpostcross, jxestreams, microsoft, rare, rareltd, video, xbox, xboxone
All products recommended by Engadget are selected by our editorial team, independent of our parent company. Some of our stories include affiliate links. If you buy something through one of these links, we may earn an affiliate commission.