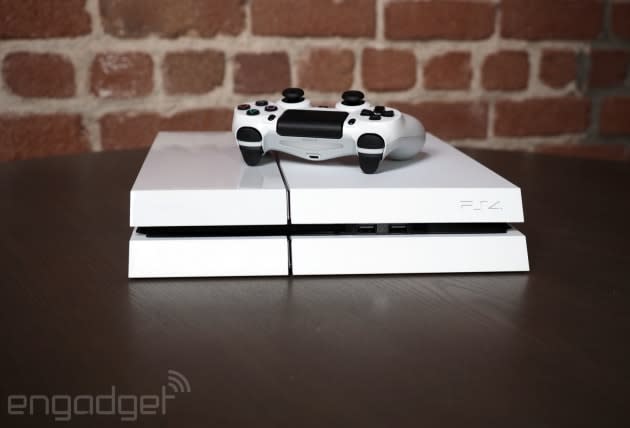 Sony's PlayStation 4 has been a sales success since its launch and recently crossed 20 million units sold to customers. Of course, now that gamers have one they're expecting new features and Sony might be about to pick up the pace. Posts on NeoGAF and Twitter reveal the PlayStation MVP program (apply for access here) is being used to beta test a new update, and the feature list reportedly has some nice additions: Share Play at 60fps (up from 30fps), trophy tweaks, and an improved Suspend/Rest mode that will keep your games and apps ready to go when you return. That last one is a feature the Xbox One already has, and that we've been expecting since the PS4 was announced.

@Wario64 I'll do you one better... pic.twitter.com/uMRCjBI3tv

Since the system launched Sony has added bits like PS Now, custom soundtracks and more, but most of its updates brought only vague promises of increased stability. Meanwhile the Xbox One system it's competing with -- which launched with software charitably described as half-baked -- has been patching up feature holes with monthly-ish updates and a beta program letting owners test out features before they roll out widely. If Sony can speed up the curve on software rollouts to match its impressive hardware, everyone will be winning.

Update: Subsequent posts on NeoGAF confirm a planned release later this month or in April, as well as another major feature: the ability to remap control buttons at will. Most games already let you configure controls to your liking, but for those that don't, or some Remote Play setups, it could come in handy -- if it ends up being a part of the next update.

In this article: 2.50, beta, hdpostcross, Playstation MVP, Playstation4, PS4, sony, update
All products recommended by Engadget are selected by our editorial team, independent of our parent company. Some of our stories include affiliate links. If you buy something through one of these links, we may earn an affiliate commission.