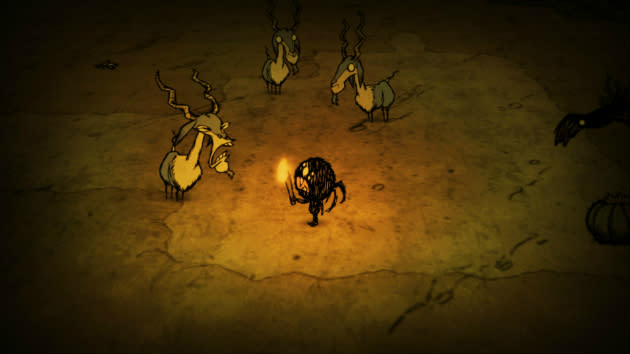 Nintendo's digital store is beefing up with some top-notch independent titles in the coming months, and the company showed off a few familiar games during a presentation at GDC 2015. We're talking games headed to the Wii U eShop that have already launched on other platforms, including Klei Entertainment's Tim Burton-esque survival game, Don't Starve: Reign of Giants, Young Horses' PS4 launch title Octodad: Dadliest Catch and the beautiful, educational platformer Never Alone from Upper One Games. Our list below includes the freshly announced Wii U games and a bit of information about each one, so you can make platform decisions in peace.

Now to convince everyone he should be in Smash Bros.

In this article: eShop, GDC, gdc2015, hdpostcross, Indie, nintendo, WiiU
All products recommended by Engadget are selected by our editorial team, independent of our parent company. Some of our stories include affiliate links. If you buy something through one of these links, we may earn an affiliate commission.