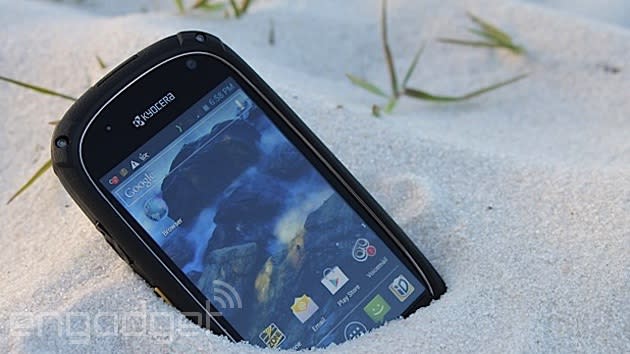 Microsoft may be taking some steps to make nice with the Android world, but the company is still willing to pick fights when its royalty payments are at stake. The Windows maker has sued Kyocera in the US over claims that Android phones like the Brigadier and Hydro series violate seven patents on features like location tracking and messaging. While Microsoft says it's hoping things can be "resolved amicably," it's prepared to go nuclear if necessary -- it wants a ban on those phones if Kyocera doesn't cooperate. We've reached out to Kyocera to see how it's responding to the lawsuit. If history is any indication, though, it may be tempted to settle. Microsoft already has most Android manufacturers coughing up royalties, and Kyocera isn't an industry giant with loads of cash to fight back.

In this article: android, kyocera, lawsuit, microsoft, mobilepostcross, patent, patents, smartphone
All products recommended by Engadget are selected by our editorial team, independent of our parent company. Some of our stories include affiliate links. If you buy something through one of these links, we may earn an affiliate commission.