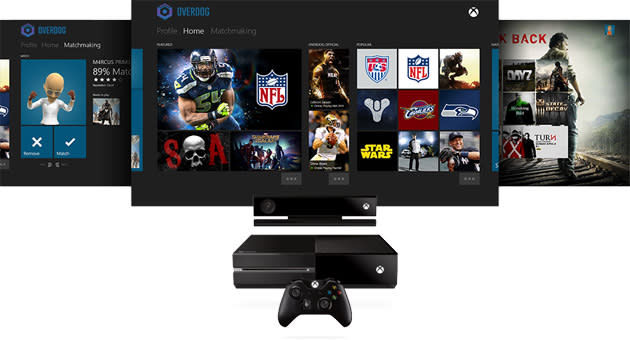 Matchmaking in video games usually involves little more than the games you play and your skill level. Wouldn't it be nice if you could meet gamers who genuinely share a lot of things in common? Overdog thinks so -- it just launched an app for Xbox One Preview Program members that helps you find players based on their tastes in fields like music, movies and (of course) games. If you want to find a Destiny raid buddy who's into dance music, hockey and Star Wars, you probably can. Overdog won't be truly ready for action until the finished March Xbox One update hits, but it'll spread to other platforms some time after that.

In this article: console, games, gaming, matchmaking, overdog, videogames, xbox, xboxone
All products recommended by Engadget are selected by our editorial team, independent of our parent company. Some of our stories include affiliate links. If you buy something through one of these links, we may earn an affiliate commission.