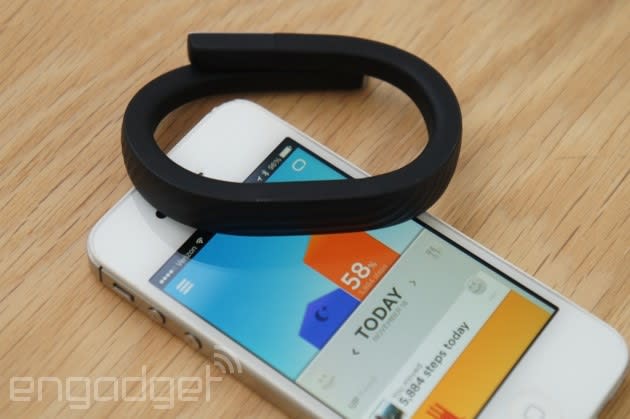 Apple is pitching its first smartwatch as the ultimate health and fitness coach, so of course, it doesn't want to remind customers about the competition. According to Re/code, the company is no longer selling the Nike+ FuelBand and Jawbone Up, among other popular activity trackers, in its flagship retail stores across San Francisco, Palo Alto, Los Angeles and New York. As early as last October, Apple was planning to pull Fitbit hardware from its shelves ahead of the Apple Watch's launch. A cursory glance at the company's US online store shows that almost all of the wearable's competition has now been removed, save for Jawbone's Up Move clip-on pendant and Wahoo's TICKR fitness trackers.

The decision should come as no surprise; Apple is in the business of selling hardware, and when it enters a new product category there's little sense in promoting its rivals. (Both devices were starting to show their age anyway.) We've seen Apple make this move before after the Beats acquisition, when it stopped selling Bose's headphones, and we'll almost certainly see it again when the company next launches a major new product.

In this article: apple, apple watch, AppleWatch, fitbit, jawbone, jawbone up, nike+, Nike+ FuelBand
All products recommended by Engadget are selected by our editorial team, independent of our parent company. Some of our stories include affiliate links. If you buy something through one of these links, we may earn an affiliate commission.