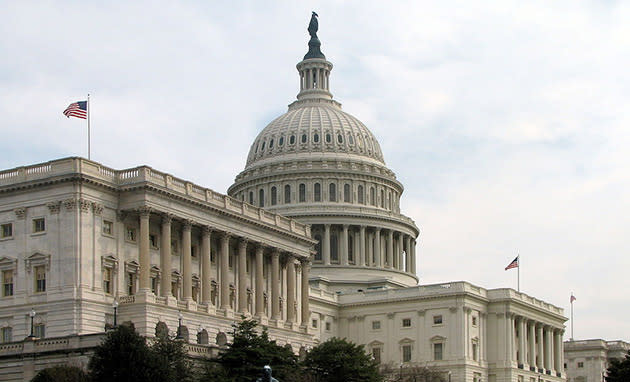 The politicians who reintroduced CISPA following Sony Entertainment's hack must be congratulating each other right now, because the bill is on its way to the Senate floor. During a recent Senate Select Committee on Intelligence markup, 14 out of 15 Senators voted in its favor. The bill now known as CISA, or Cybersecurity Information Sharing Act, encourages companies to share data about cyberattacks to other companies and the government. Any and all information shared will have to pass through the Department of Homeland Security, which will in turn be in charge of sharing relevant data with other organizations.

Despite the new name, it's still the same controversial cybersecurity bill, which privacy groups fear could give companies or the government a legal excuse to spy on the internet activities of ordinary people. Even the White House was never a fan for the same reason. From the sound of it, though, it went through an overhaul during the intelligence committee debate. According to CISA supporter Sen. Dianne Feinstein, committee members suggested 15 amendments, 12 of which were incorporated into the current version.

It's unclear how much CISA has changed after the session (we haven't seen the rewritten version yet), but one of the members was still clearly unsatisfied with the result. Sen. Ron Wyden of Oregon, the lone dissenting vote, posted a statement on his website, part of which reads:

It makes sense to encourage private firms to share information about cybersecurity threats. But this information sharing is only acceptable if there are strong protections for the privacy rights of law-abiding American citizens.

If information-sharing legislation does not include adequate privacy protections then that's not a cybersecurity bill -- it's a surveillance bill by another name.

While the Intelligence Committee gave CISA a thumbs up, it's still far from becoming a law. Before it reaches the President, it'll first have to go through a voting process on the Senate floor, which could happen as soon as mid-April.