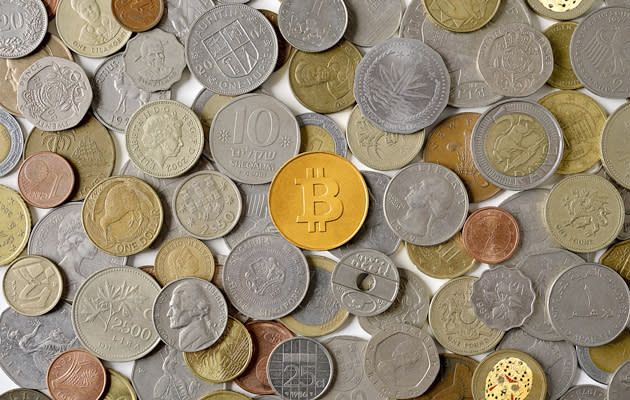 Bitcoin may have a long march toward legitimacy, but that doesn't mean its technical design isn't about to go mainstream. Reuters is reporting that IBM is examining the cryptocurrency's inner workings in an attempt to build a new form of international payment system. The idea behind the scheme is to get people to swap cash without having to use a bank or wire service. Instead, users would use a bitcoin-style system to transmit money anywhere in the world without having to use a third party that charges service fees.

According to some unnamed sources, IBM has been digging into bitcoin's blockchain -- a public record of every transaction undertaken -- as the basis for its more legitimate alternative. At this early stage, it's not clear how similar it would be, or if the wider community would be asked to validate the blockchain in the same way. The report does claim that Big Blue has already contacted the US Federal Reserve and other national banks to gain official approval. These central banks would, apparently, have ultimate control over the system, as opposed to the regulation-free world of bitcoin. Despite some countries best efforts to ban cryptocurrencies, it looks as if the central banks have adopted the mantra of "if you can't beat 'em, then at least nick their tech and build your own."

In this article: Bank, Banks, Bitcoin, Blockchain, IBM, Money, Payments, Rumor, Transfer
All products recommended by Engadget are selected by our editorial team, independent of our parent company. Some of our stories include affiliate links. If you buy something through one of these links, we may earn an affiliate commission.