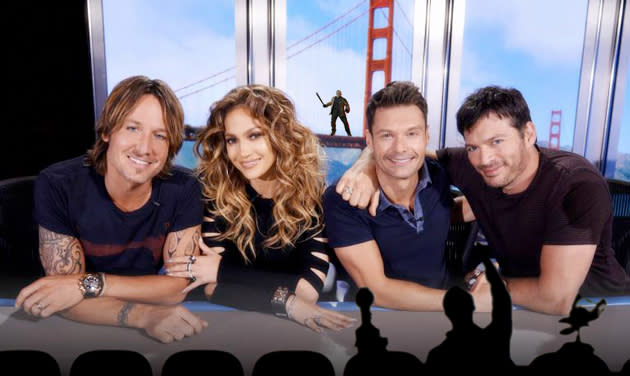 One of the best things about Twitter is that it brings people together, mostly to bitch about whatever's on TV. That's why the social network has decided to experiment with a special TV timeline that'll automatically separate tweets pertaining to what's on. For instance, if you're tweeting about The Mysteries of Laura, you'll be asked if you want to swipe into a TV timeline that collates all the #MysteriesOfLaura tweets. It's not yet clear if the service merely replicates the hashtag search function from Tweetdeck, or if it'll also pull in related entries like #LuvDebraMessingWannaSniffHerHair and #WhyIsGraceADetectiveNow.

The feature is currently being tested by select iPhone users, and Mashable was able to get a peek at the experiment. So far, the only shows that actually work are American Idol, The Big Bang Theory, Midnight and The Blacklist. Tweeting from inside the title automatically adds the related hashtag, too, saving you valuable seconds of pasting it in. Given Twitter's stagnant user base, it seems like a good idea to start making greater efforts to retain loyal tweeters in this manner. Of course, this could spell trouble for Beamly (previously known as Zeebox), which basically lets users live-tweet a show inside its own, competing app.

In this article: AmericanIdol, Beamly, LiveTweet, TV, Twitter, Zeebox
All products recommended by Engadget are selected by our editorial team, independent of our parent company. Some of our stories include affiliate links. If you buy something through one of these links, we may earn an affiliate commission.