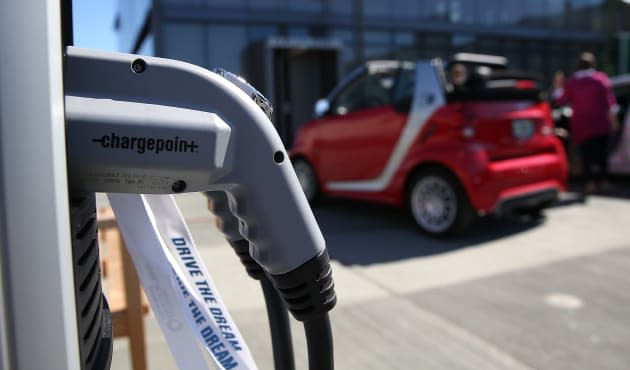 Battery research that tantalizes and then goes bust has soured our dreams of longer-lasting smartphones and EVs. But do you know who hasn't given up hope? Sir James freaking Dyson, that's who. His company just invested $15 million in Sakti3, one of the most promising battery technology companies out there. The startup has created a cell with no dangerous, flammable liquid electrolytes, using the same thin-film tech used to make LCD displays and solar cells. Better still, it claims the batteries have achieved an energy density of 1,143 watt-hours per liter, easily doubling the best lithium-ion batteries on the market.

On top of investing cash, Dyson will jointly commercialize the cells with Sakti3 and use them in products like an upcoming cordless vacuum clearner. James Dyson said that "Sakti3 has achieved leaps in performance which current battery technology simply can't." Sakti3 also claims that its tech could bring rechargeable batteries down to $100/kWh in price, doubling your smartphone life and enabling a 300-mile, $25,000 electric car -- the holy Grail of EVs.

Before that happens, however, there's still a lot of questions and work ahead. Sakti3 has been cagey about details of its tech, and the claims around energy density and cost have never been independently confirmed. Other questions about recharging cycles and other specs linger, and investors and consumers alike are rightly suspicious of battery research claims after notable failures like A123. But Dyson and his R&D chief say that after spending three months with Satki3 CEO Anne-Marie Sastry, they came away convinced that the tech is "world-beating." That said, it'll be at least a few years before it arrives in any Dyson products, and several more after that before you see any Sakti3-powered EVs.

In this article: batteries, battery life, dyson, energy density, james dyson, rechargeable, Sakti3, solid-state
All products recommended by Engadget are selected by our editorial team, independent of our parent company. Some of our stories include affiliate links. If you buy something through one of these links, we may earn an affiliate commission.