Drones will make it easier to detect unexploded bombs in Laos 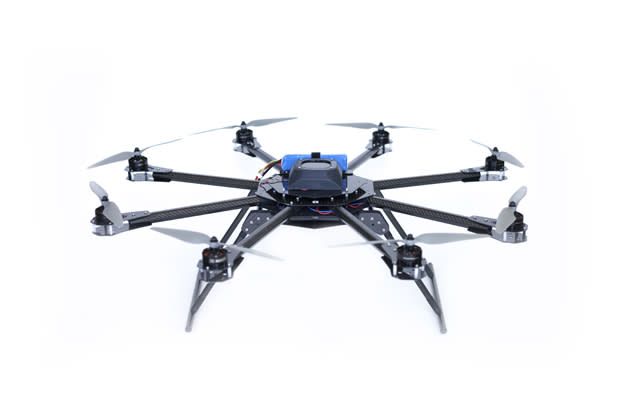 Drones are more than just flying robots designed for commercial deliveries and buying Crocs. Despite some lingering suspicion from consumers, unmanned aircrafts have been deployed for social good too. They can aid rescue missions, navigate tough regions and even put out fires. Now, Austin-based ArchAerial's new drone mission could potentially save lives in war-torn regions that are prone to accidents and fatalities from unexploded bombs.

An aerial imaging firm, ArchAerial, already employs multi-rotor aircrafts for agricultural mapping, academic research and archeological surveys. Over the weekend at SXSW, Ryan Baker, the company's CEO, announced that his firm plans to deploy a prototype that will help map battlefield bunkers and aid strategies to locate unexploded bombs in areas historically ravaged by war. The humanitarian drone, essentially an Octocopter, will be loaded with LiDAR, a remote sensing technology that 3D maps the surface of the Earth with immaculate precision. If the mission goes as planned, it will keep surveyors from setting foot on the ground without any knowledge of the explosive landscape.

ArchAerial's first mission will be in Laos, a country quite literally scarred from the Vietnam War. The US dropped about two million tons of explosives within a span of nine years, making Laos, a small Southeast Asian country the most bombed area in the world. Half a century later, an estimated 80 million baseball-sized bombs scattered across the country continue to threaten civilian lives.

In this article: ArchAerial, Drone, Drones, Laos, Mines, sxsw2015, UAV
All products recommended by Engadget are selected by our editorial team, independent of our parent company. Some of our stories include affiliate links. If you buy something through one of these links, we may earn an affiliate commission.