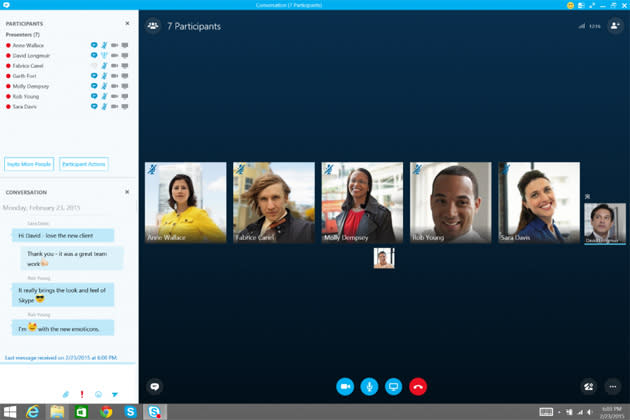 If you rely on Office or Skype to make a living, you may be in for a treat. Microsoft is following up its recent sneak peeks at universal Office apps and Office for Mac with pro-only previews of Office 2016 for the desktop and Skype for Business. The pre-release Office doesn't include everything you'll get (Microsoft says it's saving a lot of the interface tweaks for later), but it already includes better remote management and performance boosts. The Skype for Business preview, meanwhile, largely does what it says on the tin -- it expands the company's Lync communication tool with both a fresher interface and support for talking to regular Skype users. It's not certain when the desktop version of Office will be available to everyone, but Skype for Business will be ready for action in April.

In this article: internet, InternetTelephony, microsoft, office, office2016, preview, skype, skypeforbusiness, software, voip, windows
All products recommended by Engadget are selected by our editorial team, independent of our parent company. Some of our stories include affiliate links. If you buy something through one of these links, we may earn an affiliate commission.