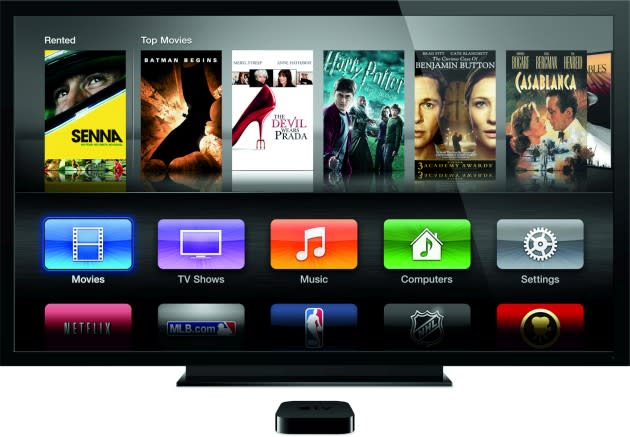 With the thawing of the spring we have a renewal of an old favorite: Apple TV rumors. After Re/code suggested a month ago that Apple might go its own way Sling TV-style instead of working with cable companies, the Wall Street Journal is reporting similar details. According to WSJ, Apple is negotiating to launch a "slim" package of 25 or so channels for streaming this fall for $30 to $40, but there's a twist: There have so far been no negotiations with Comcast-owned NBCUniversal, thanks to a falling out between the two companies. The rumors go so far as to claim Apple felt Comcast was intentionally stringing it along while it developed its X1 cable box. So far Sling seems to be doing OK without Syfy and the rest, but we'll see if that changes after The Expanse launches. With an Apple TV price drop and similar services either launched or on the way, we'll move the Apple TV rumor alert level up to a still-skeptical (see my reasoning here) chartreuse.

In this article: Apple, AppleTV, comcast, hdpostcross, nbc, NbcUniversal, rumor, slingtv, streaming, TV, x1
All products recommended by Engadget are selected by our editorial team, independent of our parent company. Some of our stories include affiliate links. If you buy something through one of these links, we may earn an affiliate commission.