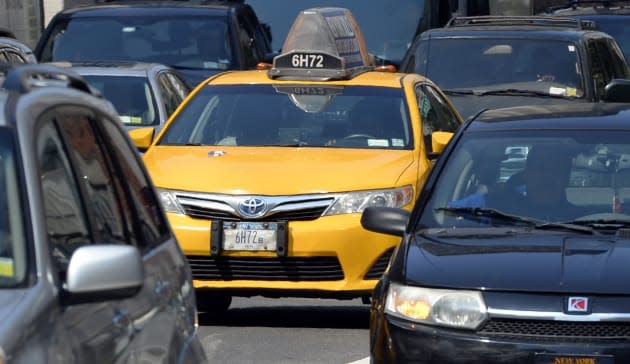 You may see yellow taxis as virtually synonymous with New York City transportation, but you might have to reconsider that image before too long. New Taxi and Limousine Commission data shows that Uber cars now outnumber cabs on NYC streets, with 14,088 black and luxury vehicles versus 13,587 taxis. It's not hard to see why the ridesharing service has grown so quickly since its arrival in 2011, mind you. Uber drivers can earn much more in the right circumstances, and they don't have to worry about fixed schedules, complicated licensing or cheapskates who don't pay. This milestone probably won't thrill city officials, who are worried that Uber is both depriving them of tax revenue (since drivers don't need medallion licenses) and playing fast and loose with regulations. However, it's doubtful that there's any going back now -- Uber is huge enough in New York that commuters would notice if it went away.

In this article: internet, newyork, newyorkcity, nyc, ridesharing, taxi, TaxiAndLimousineCommission, transportation, uber, yellowcab
All products recommended by Engadget are selected by our editorial team, independent of our parent company. Some of our stories include affiliate links. If you buy something through one of these links, we may earn an affiliate commission.