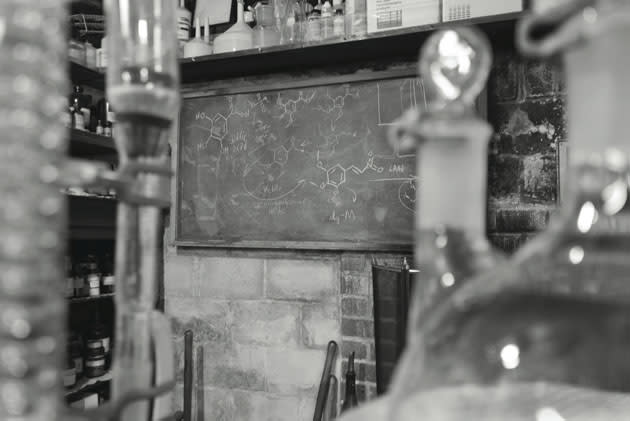 MDMA is widely used both on and off festival grounds. But the drug is quietly making a comeback as a therapeutic aid. Last week, the DEA approved a clinical trial that will use a combination of the psychedelic drug and psychotherapy to treat anxiety associated with terminal illnesses. Multidisciplinary Association for Psychedelic Studies (MAPS) has initiated the study as part of their on-going efforts to validate the effectiveness of MDMA in a scientific setting. This isn't the first time it's been used to assist psychotherapy. But if the study is successful, it will introduce a new use for the drug.

The California-based association has been studying the effects of psychedelics on patients with PTSD since 2001. They've been approved for all studies before, but the latest nod seems indicative of a shift in the DEA's stand on the dangers of the drug.

Pure MDMA, manufactured legally in a lab for research, is different from the adulterated concoctions (Molly, ecstasy, etc.) available on the streets. What makes MDMA one of the most sought-after drugs is that it brings on a bunch of ecstatic feelings –– stimulated senses, empathy and a strong urge to hug the nearest neon-clad raver. In effect, MDMA lowers anxiety, which explains its use in the upcoming trial. But in some cases, the come down from the drug can include anxiety and depression, which seems counterintuitive. According to Brad Burge, director of communications at MAPS, that anxiety is temporary. It fades as MDMA wears off.

"It's not so much anxiety that MDMA produces but rather arousal," he told Engadget. "When that arousal comes about in an unsafe situation, such as outside of therapy, or in a recreational context it may be experienced as anxiety. But in the context of psychotherapy, that arousal may be experienced as a form of fear but also excitement and tension that comes with MDMA. So that anxiety can be used productively to assist the therapeutic process."

The clinical trial will take on 18 subjects. The prerequisites for participation include: A diagnosed life-threatening illness, associated anxiety and a life expectancy of at least nine months. The study will explore a range of dosage. While five subjects will be randomly assigned a placebo dose of 0mg of MDMA in addition to psychotherapy, the rest of the subjects will be assigned active doses of 125mg MDMA combined with psychotherapy. For fairness, people in the placebo condition will eventually be given the option to proceed to "stage two" where they will experience the full effect of the dose.

The DEA criminalized MDMA in 1985 even though, at the time, it was used in both recreational and therapeutic settings. Scheduled as one of the "most dangerous drugs" with no medical use, it quickly went underground. Studies became a tedious process that required approvals from the DEA, in addition to the FDA and an independent ethics board. MAPS is the only association with approvals on six MDMA-assisted studies. Four of them are focused on treating PTSD, another trains participating therapists with one session of MDMA therapy and one study deals with social anxieties in autistic adults.

And now, the approval of this seventh study for terminally ill patients is being celebrated as progress. But MDMA is still highly stigmatized and it could take years for it to be fully approved outside of clinical trials. The final stage of expansive studies that will get the FDA to approve the drug and therapy combination is not expected to start until 2017 and will take about four years for completion. "We would ultimately like research to be done that can show us the safest way to use drugs," says Burge. "As long as psychedelics are illegal, people will continue to use them in irresponsible ways, purchase them in black markets and not know what they're getting."

In this article: anxiety, ClinicalTrials, DEA, drugs, MAPS, MDMA, Psychedelicdrugs, psychotherapy, PTSD
All products recommended by Engadget are selected by our editorial team, independent of our parent company. Some of our stories include affiliate links. If you buy something through one of these links, we may earn an affiliate commission.