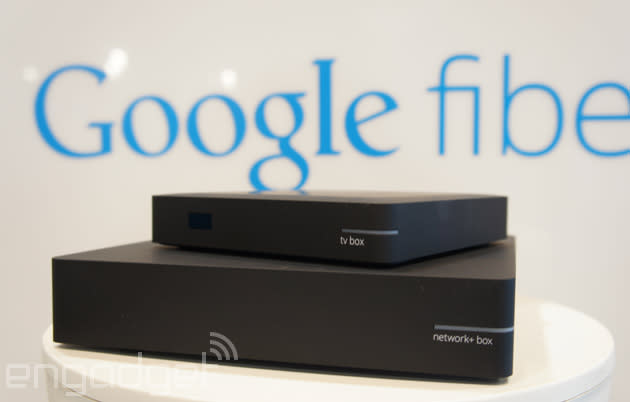 For all of the other things it does, Google is still a company that makes a ton of money from advertising, and now it's turning that focus to TV. This week the company announced that it's testing a new kind of ad-tracking system for Google Fiber TV customers in Kansas City. Just like any other local cable company, they'll air during ad breaks reserved for local advertisers (that crappy ad for the car dealership around the corner that comes on during The Walking Dead). Where it's different is that advertisers will only pay for the number of ads actually shown, as monitored by the Fiber set-top boxes. Google can insert fresh ads in DVR'd programming too, and target viewers based on their viewing history. Users can opt-out of the viewing history tracking, but that's it.

According to a source quoted by Adweek, the tracking at this point is "unsophisticated", and Google is trying to focus on user privacy. Of course, the entire system sounds like the beginning of what we've seen from internet banner ads (just like the ones on this site) and we've seen how deep that rabbit hole can go.

Connected devices have the ability to spit back much more details about viewer activity than what we've seen before, and companies are obviously going to try to take advantage of that. TiVo has had targeted ads on its Pause Menu and elsewhere for years, Microsoft tried Kinect-powered NUads on Xbox 360, and rumors suggest Apple is including viewer data in its pitch to networks for an Apple TV subscription service. Apple just flicked on targeted advertising for iTunes Radio, so however Google's "test" progresses, the trend will probably continue.

In this article: ads, advertising, DoubleClick, DVR, Fiber, google, GoogleFiber, hdpostcross, inserted, targeted, tracking, tv
All products recommended by Engadget are selected by our editorial team, independent of our parent company. Some of our stories include affiliate links. If you buy something through one of these links, we may earn an affiliate commission.