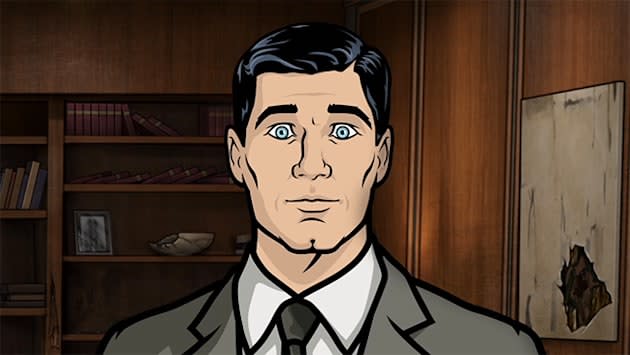 The mystery began when eagle-eyed Redditor aglidden noticed what appeared to be a hex code in a scene from the popular animated spy spoof. Translating that code generated a URL that in turn led to a YouTube video. Running the YouTube video's audio channel through a spectrogram then uncovered a hidden message encoded with a Vigenère cipher. Deciphering that message revealed another URL to a Craigslist ad (clearly posted by Krieger) looking for medical experiment volunteers. The Craigslist ad contained another cypher revealing another URL, this time leading to Krieger's personal Reddit page. Decrypting the Reddit page revealed a link to Kreiger's Flickr account, which linked to the mad scientist's personal website, Algersoft.net. And that's where things get really weird. Logging into the Algersoft website (the password is, of course, "guest") uncovers as many new questions as answers. Users can play games, view images and attempt to access restricted files such as insurance.zip (though nobody's managed to crack that passcode yet). Presumably future episodes will provide further hints for unraveling this intricate conundrum. Head over to Reddit for a complete listing of both the known Archer Easter eggs and many more potential surprises.

UPDATE 4/2/15: Redditors have uncovered another layer of mystery in the ongoing effort to unravel Archer's enormous season 5 Easter egg. "The latest step require 1,000,000 presses of a button on Krieger's website," reader Edward Nickson explains. "The catch? Each person can only click the button once every ten minutes. And every time someone tries to use a bot it increases the number of presses required to compensate."

In this article: archer, av, EasterEggs, gaming, hdpostcross, kreiger, television, TL17EGGZ, tv, tv shows
All products recommended by Engadget are selected by our editorial team, independent of our parent company. Some of our stories include affiliate links. If you buy something through one of these links, we may earn an affiliate commission.