Making sense of the Facebook and Cambridge Analytica nightmare

What’s the deal with Google and HTC?

What you need to know about the laws of space 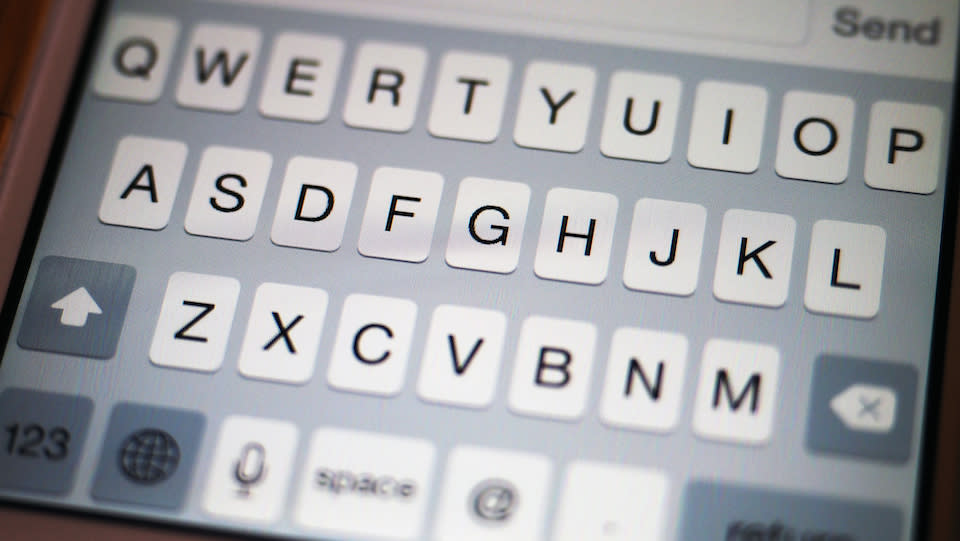 If you live in the United States, you might've been surprised when Facebook purchased WhatsApp for $19 billion -- or, in other words, thing-you'd-think-you'd-have-heard-of money. Facebook identified what those of us in the US with texting plans and Apple Messages haven't noticed: There are whole ecosystems of social networking and instant messaging separate from those we customarily use.

There are a number of advantages services like Line and WhatsApp have over basic texting: They're cross-platform and international, allowing people to talk to other users in other countries, on other devices and other networks, with no extra cost. Of course, for individual users, there's only one thing that distinguishes one service from others: the presence of their friends.

What are the major services? WhatsApp claims the largest user base of any mobile messaging app, with 700 million active users worldwide as of January. Of that group, the largest concentration (approximately 70 million monthly active users) is in India. Anecdotally, it's also extremely popular in the Middle East. "Everyone in the Middle East uses WhatsApp," said Mohammed Taher, president of Brave Wave Productions. "I use it mainly to keep in touch with my family and work colleagues. You can't really escape it."

The app, created in 2009 by former Yahoo employees Brian Acton and Jan Koum, allows users to send text, images, video and audio messages. Users create accounts by entering their phone numbers, then have the option to search their contacts for other WhatsApp users.

It's not free: After one year of use, WhatsApp charges 99 cents a year. But that's a lot less expensive than a texting plan, especially for users who frequently send messages internationally. WhatsApp announced last year that this fee will be waived in India, due to low credit card adoption and other "ecosystem issues." Line is a cute, bright-green messaging app with 50 million users in Japan, as of February 2014. Over 560 million users worldwide have memberships, of whom 181 million are considered monthly active users. It also claims the largest market share among messaging apps in Indonesia, Taiwan and Thailand. Thirteen countries, including the US, have over 10 million Line users each.

The app offers text, voice and video chat, as well as photo sharing, but its trademark feature is also its monetization method: stickers. Line sells packs of "stickers," emoji-style images that can be sent in chat. Sticker packs range from popular anime and pop culture licenses, to Line's original characters, to user-created collections from the Line Creators Market. It's possible to communicate using only promotional Linkin Park cartoons, animated Hello Kittys and farting bears.

Line also offers separate apps that connect to the messaging service, including the Line Game portal and standalone games like Disney Tsum Tsum, a camera app, drawing tools, e-cards and others. The company plans to launch a streaming-music option and recently started a payment service to enable users to link their credit cards and pay for goods and services online through Line. Meanwhile, outside of the virtual world, Line is opening a store in Harajuku, Japan, that sells exclusive merchandise of its popular characters, in case one of your friends needs a Swarovski-encrusted doll of Cony the rabbit. There's even a taxi service.

Telegram is a project of Berlin's Telegram Messenger, a company founded by Nikolai and Pavel Durov, who created the Russian VK network. Its user base is more diffuse than the other services; there doesn't seem to be a particular "hotspot" among its 50 million users. And it's likely that the ambiguity about location is by design: Telegram's selling point is privacy. Users have the option to set up end-to-end encryption with each individual to whom they connect, and can set up self-destructing messages as well. The claim of security is bolstered by a $300,000 bounty for anyone who cracks the app's encryption.

All Telegram clients (the service is, as of now, available on iOS, Android, Mac, PC, Windows Phone, Linux and as a Chrome browser app) are open source, and the service is free. The Telegram Messenger company is a nonprofit, not just in the sense of "not for profit," but also as in "not really looking for any money." As the FAQ on the website puts it: "Pavel Durov, who shares our vision, supplied Telegram with a generous donation through his Digital Fortress fund, so we have quite enough money for the time being. If Telegram runs out, we'll invite our users to donate or add non-essential paid options." WeChat, originally Weixin, is a product of China's Tencent, a massive company that also runs the QQ chat network and many online games, and owns the majority of League of Legends developer Riot Games. Unsurprisingly, the majority of the service's 468 million users are in China, but the WeChat app is available worldwide, with around 70 million users outside of China as of last year. The app, available on iOS, Android, Windows Phone, Symbian and Blackberry, offers voice and text chat, a "broadcasting" ability, photo sharing and a "walkie-talkie" feature for instant group voice chats. It also features a Line-like sticker shop.

KakaoTalk also resembles Line, with cute cartoon stickers along with voice, video and text chat -- and even a suite of connected apps for music, games and other services. But whereas Line is a Japan-native app from a Korean company, KakaoTalk is used mostly in South Korea, and is shockingly prevalent there: A reported 93 percent of smartphone users in the country use KakaoTalk.

Part of the popularity stems from its connection to popular online games: many free-to-play games for the Korean market, like the mobile DJMax rhythm games, use Kakao accounts. As with the other apps, of course, the main draw of KakaoTalk is access to friends in Korea, since they're extremely likely to be using it. There are some concerns about security and privacy around both WeChat and KakaoTalk. In October, WeChat censored public messages in mainland China containing photos related to protests in Hong Kong, not the first instance of censorship. Depending on the content of your messages, it may bother you to have the Chinese government potentially looking over your shoulder. For KakaoTalk, there is a concern on the part of some users about privacy -- specifically, privacy from the government of South Korea. In late 2014, the government announced a crackdown on false information posted online, partly in response to rumors spread about President Park Geun-hye. That crackdown officially included monitoring of public posts on social networks, but many KakaoTalk users also received notification that their personal accounts had been investigated. Daum Kakao co-CEO Sirgoo Lee apologized to users for violating their privacy. As a result of this issue, an estimated 610,000 had visited Telegram, the privacy-focused network, as of October. KakaoTalk implemented end-to-end encrypted "secret chats" to address the concern.

Chances are, if you're in the US, you already use at least one messaging service, probably many. But these services all offer something different: Unlike Apple's Messages app, they aren't tied to one company's products. Snapchat offers self-destructing messages like Telegram or KakaoTalk, but veers heavily toward images instead of multimedia or text messaging, and it's possible to retrieve messages even after their time limit elapses. Facebook has stickers now, like Line, but it also has the people you went to high school with.

As far choosing one over the others, however, these services are all roughly equivalent feature-wise; you can voice chat with other users, send text messages and share photos no matter what you use. The choice of which chat app you use comes down to what chat app your friends use, and that's likely decided by geography.

Or just put them all on your phone. They're (mostly) free.

In this article: explainer, facebook, KakaoTalk, LINE, messaging, messaging app, MessagingApp, mobilepostcross, telegram, Texting, uk-feature, wechat, whatsapp
All products recommended by Engadget are selected by our editorial team, independent of our parent company. Some of our stories include affiliate links. If you buy something through one of these links, we may earn an affiliate commission.