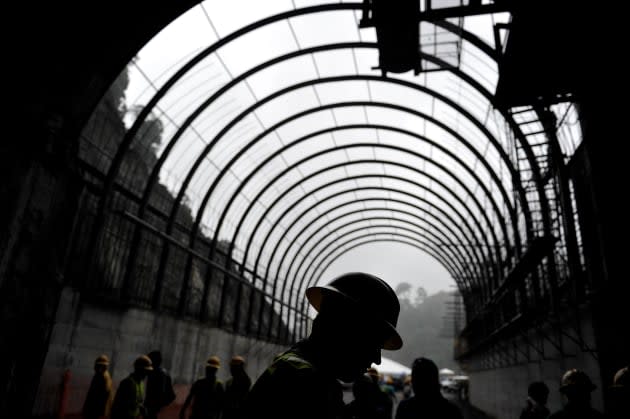 It's been 75 days since Costa Rica's power grid last had a sip of petroleum. Thanks to heavy rainfall at the start of the year, the Central American nation has been able to provide 100 percent of its energy needs via renewable resources. This certainly represents a major milestone in green energy production but there's no guarantee that other nations will be able to replicate this feat or that Costa Rica's renewable energy scheme is even sustainable.

Of course, these fossil fuel alternatives are not without drawbacks. The nation's hydro-electric dams may be working at capacity right now, thanks to those heavy rains at the start of the year, but should the country face drought (or even just seasonal water shortages), Costa Rica may have to revert back to petroleum power in order to keep the lights on.

Costa Rica pulled this off thanks in part to its small population (just 4.8 million people) and lack of energy-intensive manufacturing industries, which keep the nation's energy needs relatively low. What's more, Costa Rica sits atop a highly active volcanic region of the Earth, enabling the nation to harness geothermal power in addition to hydro, solar, and wind energy.

In this article: CostaRica, FossilFuels, GreenEnergy, hydroelectric
All products recommended by Engadget are selected by our editorial team, independent of our parent company. Some of our stories include affiliate links. If you buy something through one of these links, we may earn an affiliate commission.