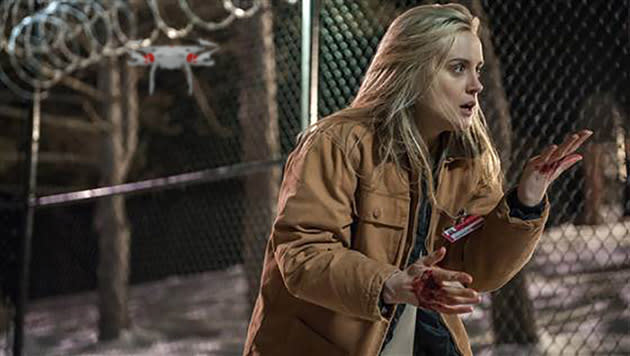 Smuggling contraband into prison via drone is a bad idea, even if you toss morals out the window: the aircraft are noisy, flashy, and require a good amount of skill to fly in undetected. However, some British crooks didn't get the memo. Police report that unidentified suspects tried using a drone (a DJI Phantom 2 Vision, to be exact) to sneak drugs, phones and weapons into Bedford Prison, only to be foiled when the machine got caught in barbed wire. Prisoners supposedly paid an inmate to accept a delivery from friends on the outside -- if so, there are quite a few people in hot water right now.

The incident may be the start of a trend in the country, if not worldwide. Attempts at drone-based smuggling are no longer special in North America, but this is the first known instance in the UK. If things keep up, prisons in many countries may have to set up nets and other anti-drone defenses. Also, it won't be surprising if DJI and other drone makers implement no-fly zones over prisons to prevent even the most determined bootleggers from getting off the ground.

In this article: bedford, bedfordshire, contraband, dji, drone, phantom2, phantom2vision, prison, robot, smuggling, uk
All products recommended by Engadget are selected by our editorial team, independent of our parent company. Some of our stories include affiliate links. If you buy something through one of these links, we may earn an affiliate commission.