DOJ lays down some privacy rules for feds flying drones

Federal law enforcement is wasting a lot of money on drones

Bureau of Alcohol, Tobacco, Firearms and Explosives moving from BlackBerrys to iPhones 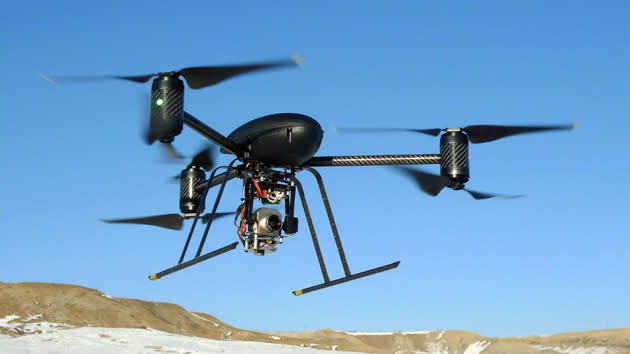 The US' national law enforcement has been using drones to help nab crooks for almost nine years, but it's still making plenty of rookie mistakes. The Department of Justice's Inspector General has published an audit that shows its agencies not only making poor uses of drones, but wasting a ton of money in the process. Units in the Bureau of Alcohol, Tobacco, Firearms and Explosives spent $600,000 on drones that didn't live up to their promised abilities or couldn't even fly in the first place; in one case, a unit blew $15,000 without telling headquarters. Meanwhile, only half of the FBI's 34 drones (which cost a total of $3 million) worked as of 2014, and the agency has just two pilots that have to fly across the country to deploy their unmanned machines. It's no wonder that investigators have used drones a mere 13 times since 2006, then -- it's rarely practical to even consider the idea.

The Inspector General's office isn't throwing in the towel on the idea of robotic aircraft. It's asking both the ATF and FBI to do a better job of assessing what they can do with drones, and what they actually need. The DOJ also wants the ATF to keep its units up to speed on its drone policy (which is currently suspended) so that they don't buy or fly robotic aircraft without permission. This doesn't mean that the agencies will truly solve their problems, or that you'll see them use unmanned vehicles more often. However, it won't be surprising if they think very, very carefully about splurging on fancy drones when simpler models would do the trick.

In this article: atf, drone, fbi, government, lawenforcement, police, robot, uav
All products recommended by Engadget are selected by our editorial team, independent of our parent company. Some of our stories include affiliate links. If you buy something through one of these links, we may earn an affiliate commission.