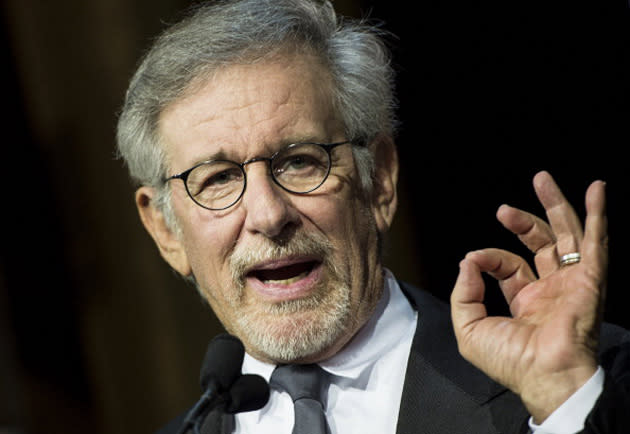 If you read through Ready Player One and thought its virtual gaming world deserved a first-class movie adaptation, you may just get your wish. Deadline has revealed that Steven Spielberg will direct the big screen version of Ernest Cline's novel for Warner Bros., with both the author and The Avengers writer Zak Penn producing the most recent script. That's promising stuff, although there are quite a few challenges if it's going to be faithful to the book -- it may need a lot of visual effects wizardry to make people suspend their disbelief, and the pop culture references could make for some problematic rights issues. Provided everything goes according to plan, though, the book is going to get much, much more than just a quick cash-in.

In this article: book, ernestcline, gaming, hdpostcross, movie, movies, novel, readyplayerone, stevenspielberg, virtualreality
All products recommended by Engadget are selected by our editorial team, independent of our parent company. Some of our stories include affiliate links. If you buy something through one of these links, we may earn an affiliate commission.