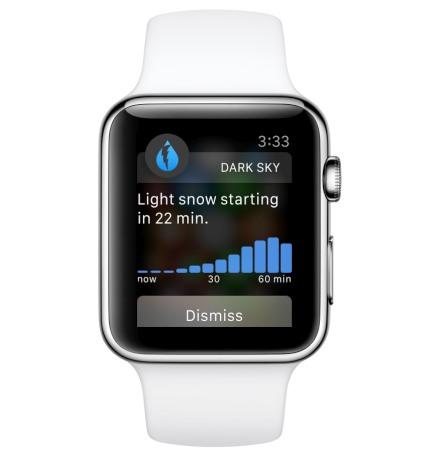 You can't actually buy an Apple Watch for another month or so, but Apple has already opened the gate for apps. 9to5Mac points out a slew of freshly updated apps, including Twitter, WeChat, Evernote and the weather app Dark Sky (shown above), among others. While regular developers won't be able to submit their wearable-ready apps until later, this select group is getting started early. There will be a section in the App Store just for the Watch, but if you can't wait until April 24th you can start getting ready right now.

In this article: app, apple, AppleWatch, darksky, mobilepostcross, twitter, update, watch, wearable
All products recommended by Engadget are selected by our editorial team, independent of our parent company. Some of our stories include affiliate links. If you buy something through one of these links, we may earn an affiliate commission.