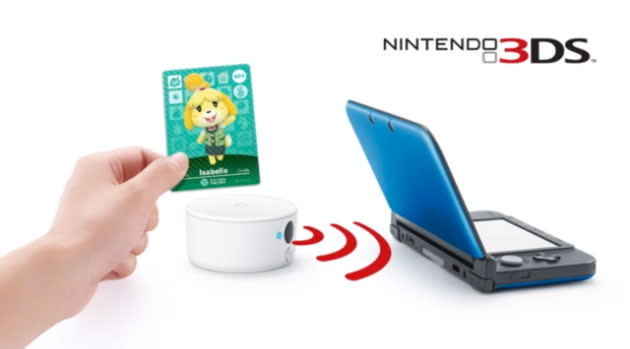 Nintendo said it'd offer different ways to handle amiibo shortages and a new Animal Crossing is where at least one of them will debut. With Animal Crossing Happy Home Designer, you'll use cards rather than plastic toys to insert characters into the no-chores, interior design-focused game. Don't fret if you're rocking an NFC-less 3DS either -- the company also announced a separate card reader that'll bring the functionality to older hardware. When's it all happening? Later this spring.

In this article: 3ds, amiibo, amiibocards, AnimalCrossing, animalcrossinghappyhomedesigner, gaming, hd, hdpostcross, nintendo, NintendoDirect, nintendodirectapril2015
All products recommended by Engadget are selected by our editorial team, independent of our parent company. Some of our stories include affiliate links. If you buy something through one of these links, we may earn an affiliate commission.