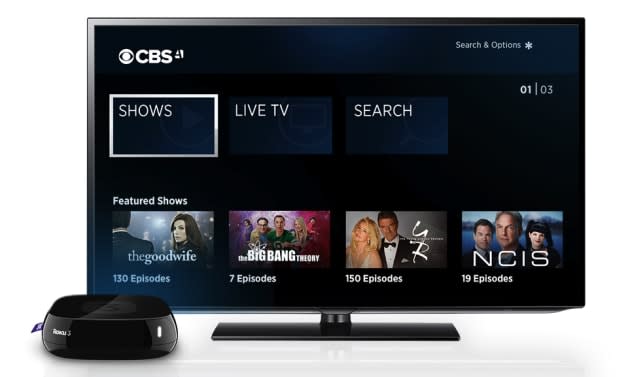 CBS All Access streaming service is now available for Roku for $5.99 a month. Roku owners can download the app via the Roku Channel Store and sign up here. In addition to streaming new shows like NCIS, The Big Bang Theory and The Good Wife, the service has an extensive back catalog of classic CBS shows like Star Trek, Cheers, Jag and Engadget favorite, Touched by an Angel. Live streaming of CBS affiliates is available in 14 markets including Los Angeles, Chicago, New York and Philadelphia with more on the way. If you're not in one of those metropolitan areas, you'll get access to new episodes the day after broadcast. That's a bummer, but CBS says subscribers will have access to additional content during the Grammys, Country Music Awards and Victoria's Secret Fashion Show. All Access is already available for iOS and Android. But, with today's Roku news, you won't have to MacGyver a casting solution to watch MacGyver on your HDTV.

In this article: CBS, CBSAllAccess, hdpostcross, Roku
All products recommended by Engadget are selected by our editorial team, independent of our parent company. Some of our stories include affiliate links. If you buy something through one of these links, we may earn an affiliate commission.