Nothing immerses you in 'Resident Evil 7' like a 4D candle

Immersit Vibes puts a rumble pack in your sofa 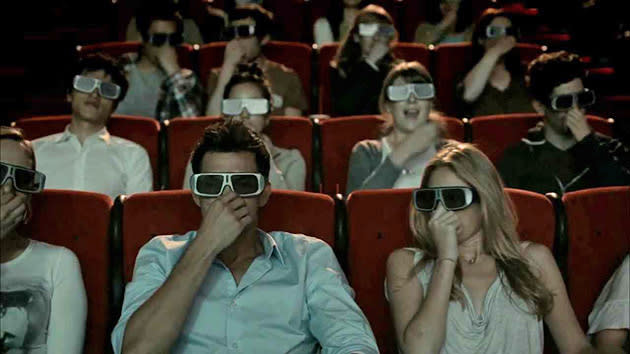 Most people would consider going to the movies a way to avoid inclement weather, but drop into a 4DX theater and you'll be taking the rain and snow with you. The "4D" cinemas, which only landed on American shores last year, augment the standard big screen and booming sound with smells (like flowers or gunpowder), wind and even fake lightening. At CinemaCon in Las Vegas the company behind 4DX, CJ Group, will be demonstrating new effects, including rainstorm, snow and warm air. Why would you want to be showered with rain, shrouded in fog or buried in snow while you're trying to watch a movie? That's a good question, CJ Group would argue it creates a more immersive experience. Though, it remains to be seen how "immersed" people want to feel in the brutal sand storms of Mad Max.

In this article: 4d, 4dx, cj group, CJ4DXplex, hdpostcross, weather
All products recommended by Engadget are selected by our editorial team, independent of our parent company. Some of our stories include affiliate links. If you buy something through one of these links, we may earn an affiliate commission.