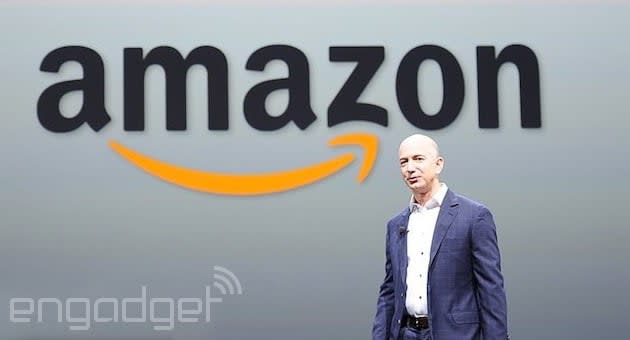 Amazon has had enough of fake reviews that skew its products' ratings, so it's reportedly taking the issue to court. According to GeekWire, the e-commerce giant has filed a lawsuit against a man known as Jay Gentile from California, who was identified as the operator of several websites that peddle product reviews, including bayreviews.net, buyreviewsnow.com, buyazonreviews.com and buyamazonreviews.com. The Seattle TImes, however, notes that while the last two are included in the lawsuit, they are owned by different people, and that buyamazonreviews.com belongs to someone named Mark Collins.

The lawsuit accuses Gentile of offering fake verified reviews for a price and of telling potential customers that they can just ship empty boxes to his writers for the website to recognize the purchase. These sham endorsements are typically posted by established accounts, which you'd think twice of associating with sketchy practices. It accuses Collins' website of running the same scheme, as well, though he denied the charge to Seattle Times. He told the publication that he just acts as a middleman between shop owners and customers willing to write reviews.

If you visit Collins' website, however, you'll find that it clearly states that "A purchase of [the seller's] product is not required for [buyamazonreviews.com] to post a review." It also notes that each piece will be written by someone "who specializes in writing testimonials for products and services." While Amazon hasn't issued an official statement yet, the sources say it has charged all the aforementioned providers with copyright infringement (for using its logo), deceptive acts and violation of the Anticyber­squatting Consumer Protection Act and the Washington Consumer Protection Act, among others.

This might be the first time the company has filed a case against fake review providers, but the practice has been going on for a long, long time. If you recall, Belkin had to issue an apology in 2009 after it was discovered that one of its employees solicited fake positive testimonials. A tablet-maker's Managing Director was also forced to resign in 2011, after he was caught posting five-star reviews under fake names.

In this article: amazon, law, lawsuit
All products recommended by Engadget are selected by our editorial team, independent of our parent company. Some of our stories include affiliate links. If you buy something through one of these links, we may earn an affiliate commission.