LG's $599 Velvet 5G phone arrives in the US tomorrow 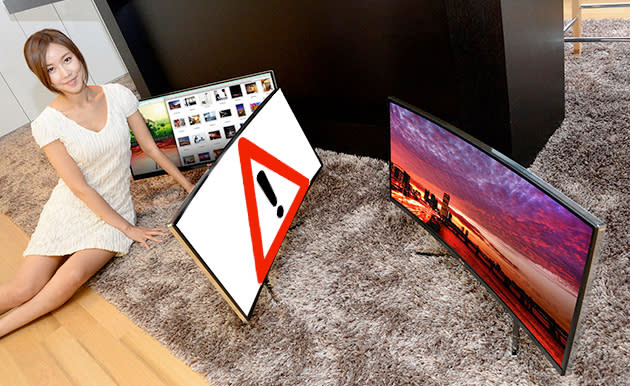 Taking a shortcut to make your software work properly is a bit like walking across a frozen lake: it saves plenty of time until the ice starts to crack. LG's currently suffering from a similar sort of oh shit moment as it learns that one of its display utilities may have exposed countless PCs to malware. In a piece for Developers Couch, Christopher Bachner has alleged that the Screen Split utility that ships with LG's ultra wide monitors breaks your computer's most basic security provisions.

The problem surrounds the Windows utility UAC, which is short for User Account Control. The feature is designed to defend your PC against hackers and malware by asking you for permission when your software makes a change. That way, only programs that you're actually installing can be added to the system.

Bachner alleges that, instead of programming Split Screen to work with UAC, the company disables the feature so that it can function without restriction. The move also gives administrator privileges to any user, a nightmare for network admins or concerned parents. We've contacted LG to ask if they agree with Bachner's findings and what, if anything, it's going to do about it. In the meantime, you're probably better off uninstalling the utility and re-enabling UAC from the control panel.

Update: An LG spokesperson reached out to let us know that the company is "aware of the problem that Mr. Bachner wrote about and will look into this immediately." The full statement follows:

"We have been made aware of the problem and will look into this immediately. We appreciate Mr. Bachner bringing this to our attention and expect to have a response shortly. We apologize for any inconvenience this may have caused."

In this article: lg, Malware, Monitor, Security, UAC, UserAccountControl, Utility, Windows
All products recommended by Engadget are selected by our editorial team, independent of our parent company. Some of our stories include affiliate links. If you buy something through one of these links, we may earn an affiliate commission.