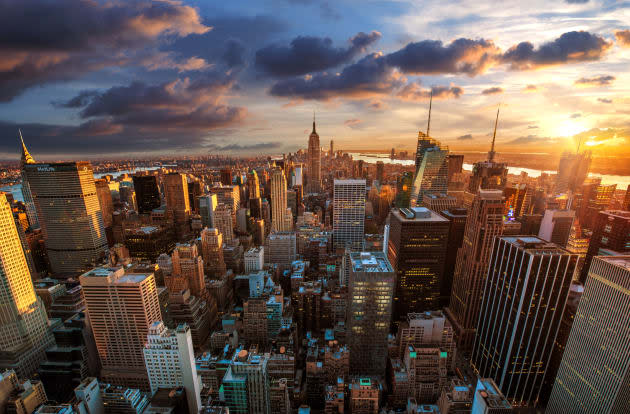 New York City mayor BIll de Blasio is making good on his promise to bring fast and affordable broadband throughout the city. Or at least, he's getting there. The de Blasio administration has created two high-level positions to help with the push, and it's also announcing an open call for ideas on how to make the dream of universal broadband happen, BuzzFeed reports. 27 percent of New Yorkers still don't have access to the internet, according to the latest NYC comptroller report, so there's certainly plenty of room for improvement. Former Alcatel-Lucent employee Alphonso Jenkins will fill the new role of deputy commissioner of telecommunications planning at NYC's Department of Information Technology, while Joshua Breitbart, who previously directed field operations at the New America Foundation, will serve as a special advisor for broadband in the mayor's office. They'll work together with the administration's Broadband Task Force to judge the open "Calls for Innovations," which anyone can submit until June 30.

Last year, when he announced a "Tech Talent Pipeline" to train New Yorkers for tech jobs, de Blasio said his administration would push for more competition in the NYC broadband market. We haven't seen many changes yet among ISPs, but the city did announce LinkNYC last year, a plan to turn 10,000 payphones throughout NYC into gigabit Wi-Fi hotspots.

New York City's chief technology officer, Minerva Tantoco, also points out that the new broadband initiatives could help all internet users, not just those without access. "We're paying significantly more for broadband access than other major cities around the globe," she told BuzzFeed. "We get slower speeds and potentially pay up to $300 a month depending on your service providers -- that's something that should change even for people who can afford it."