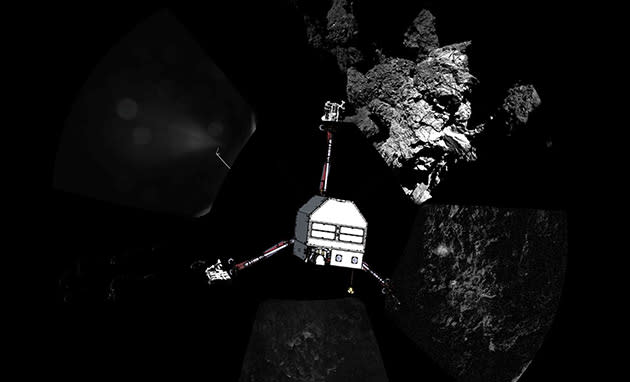 The Philae comet lander might be slumbering, but it can still teach you a thing or two about the nature of celestial bodies. European Space Agency researchers have compared Philae's data against the more distant Rosetta probe, and they've discovered that Comet 67P/Churyumov-Gerasimenko isn't magnetized. If it's representative of other comets, that suggests that magnetic fields aren't nearly as important in planetary formation as scientists thought -- these clumps of dust are forming simply through collisions, and magnetism only factors in when there's enough material for gravity to take over. It could take a long while before there's stronger proof of that theory, but it's already clear that some previously-held beliefs about comets were off the mark.

In this article: Churyumov-Gerasimenko, comet, comet67p, esa, magnetism, philae, planet, rosetta, science, space
All products recommended by Engadget are selected by our editorial team, independent of our parent company. Some of our stories include affiliate links. If you buy something through one of these links, we may earn an affiliate commission.