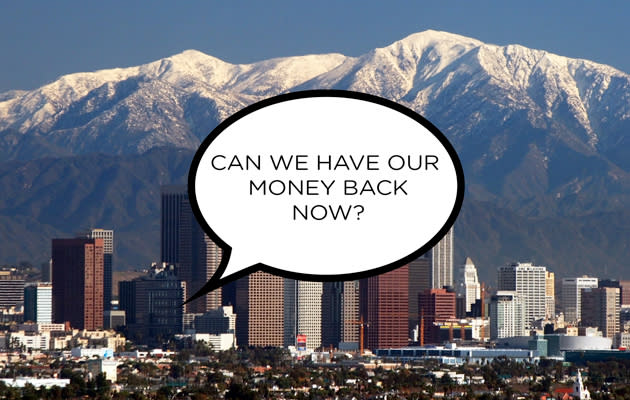 Look up the word bungled in a dictionary, and you'll find the definition of the word, so if you want to see what it looks like in practice, head to L.A.. The state's problematic program to get iPads into the hands of low-income students has backfired so spectacularly the school district is now looking for a complete refund. According to the L.A. Times, the state's education board has been having secret meetings with lawyers and has already told Apple and Pearson that it won't accept or pay for future deliveries of tablets and software.

The $1.3 billion program has attracted plenty of controversy, and even the FBI has been called in to investigate if a dodgy deal had been made. The paper has also dished the dirt on an internal report from March made by program director Bernadette Lucas. She found that only two out of the 69 schools in the program used the software created by education partner Pearson. The company draws plenty of fire, and is accused of not producing enough content and giving little thought to students whose first language wasn't English.

Apple and Pearson may be the most notable names on the district's shit list, but similarly nasty letters have also been sent to Lenovo and Arey Jones for similar projects. The paper's report ends by saying that the school districts are hopeful that affordable and useful technology will make its way into education, but until that point, officials have just authorized the purchase of new mathematics textbooks.

In this article: apple, Controversy, Education, iPad, lenovo, LosAngeles, Pearson, Politics, Rollout
All products recommended by Engadget are selected by our editorial team, independent of our parent company. Some of our stories include affiliate links. If you buy something through one of these links, we may earn an affiliate commission.