Save big on drones perfect for photography and aerial videos

The drones that announced Joe Biden as the 46th president-elect 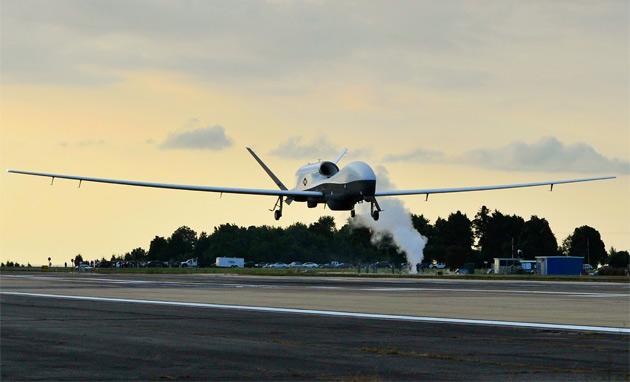 The US Navy is creating an office to oversee drones and may never order another manned fighter jet. Navy secretary Ray Mabus told a conference that "the F-35 should be, and almost certainly will be, the last manned strike fighter aircraft the Department of the Navy will ever buy or fly." His reasoning was simple -- a person in a fighter cockpit is a fiscal and logistical liability. "With unmanned technology, removing a human from the machine can open up room to experiment with more risk, improve systems faster and get them to the fleet quicker."

As proof of the new importance of UAVs, Mabus said the Navy will create a "drone" office, from which "all aspects of unmanned – in all domains – over, on and under the sea and coming from the sea to operate on land – will be coordinated and championed." Eventually, a Deputy Assistant Secretary of the Navy for Unmanned Systems will be appointed to head the division.

We must be faster, much more innovative and quicker or we can -- we will -- lose.

As an example of the tech it will pursue, he cited 3D printed drones guided by GPS that "can be deployed in large numbers to 'seed' an area with miniature electronic payloads, such as communication nodes or sensors." Such aircraft could actually be built using 3D printers that the Navy already has on ships. In the same vein, we've also seen new programs like DARPA's SoSITE that would use swarming drones to accompany manned fighter attacks, and LOCUST, in which groups of UAVs would overwhelm enemy defenses.

The Pentagon has recently embarked on a mission called Better Buying 3.0 to overhaul the way it purchases, and the Navy secretary's comments underscored that. Referring obliquely to the ultra-expensive F-35 program, he said "too many new assets are mired in outdated bureaucratic practices... (that give) our potential adversaries the competitive advantage. We must be faster, much more innovative and quicker or we can -- we will -- lose."
In this article: drones, F-35, Joint Strike Fighter, UAVs, US Navy, Warfare
All products recommended by Engadget are selected by our editorial team, independent of our parent company. Some of our stories include affiliate links. If you buy something through one of these links, we may earn an affiliate commission.