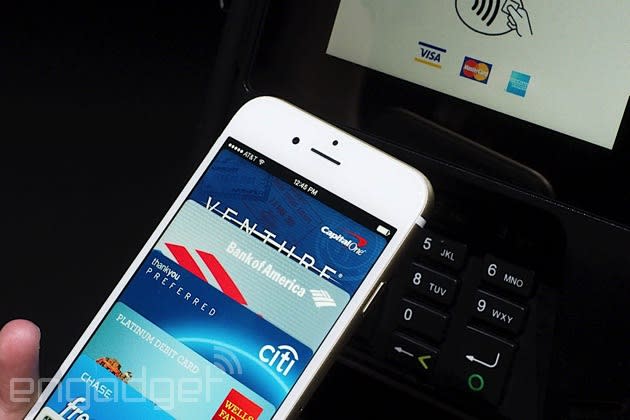 Canadian iPhone users will finally be able to use Apple Pay this fall, according to the Wall Street Journal. Sources say Apple is in discussions with six major Canadian banks, including Royal Bank of Canada, Toronto-Dominion Bank and National Bank of Canada, to launch its mobile payment service in the country in November. The big sticking points for many of the banks, though, are the fees Apple would take from every transaction, as well as security issues around authenticating cards, which has been a problem for some U.S. banks. If everything pans out, it would make Canada the first territory to get Apple Pay outside of the U.S. The WSJ notes that Canada's high iPhone penetration is one reason Apple may be focusing on it. iPhones make up a third of all smartphones in Canada, compared to just 20 percent globally, according to research company Catalyst.

In this article: apple, Apple Pay, Canada, mobile payments, mobilepostcross
All products recommended by Engadget are selected by our editorial team, independent of our parent company. Some of our stories include affiliate links. If you buy something through one of these links, we may earn an affiliate commission.