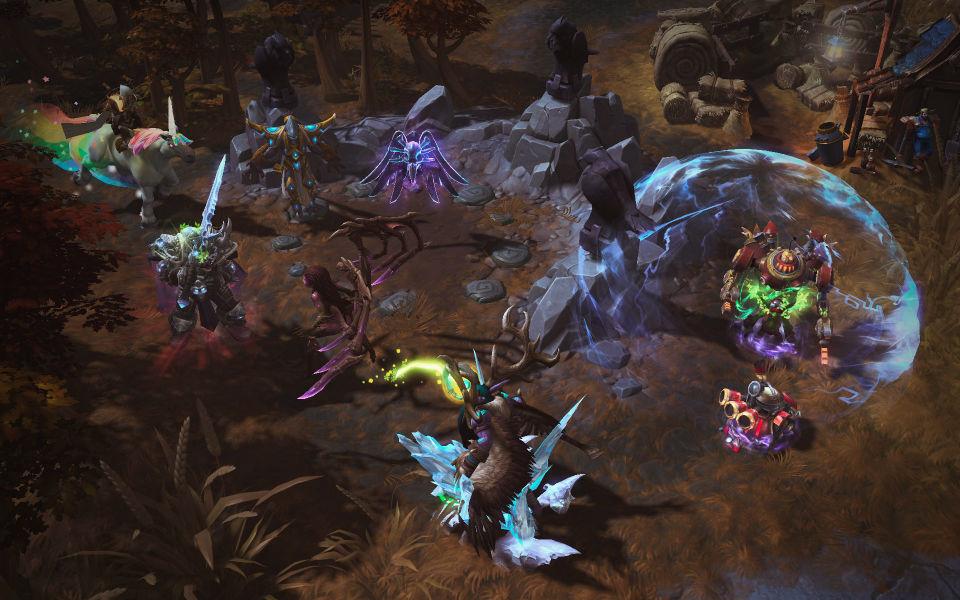 More than three years after Blizzard announced it would be making a competitor to League of Legends and Dota 2, that game finally has an official release date. Heroes of the Storm comes out June 2nd, brining with it seven maps for players to face off on using over 30 characters culled from the studio's famous Diablo, StarCraft and Warcraft series. As with other multiplayer online battle arena games, or MOBAs as they're commonly known, like the aforementioned League of Legends, Heroes of the Storm is free to download and start playing. Blizzard makes money on the game by charging for new characters as well as customization options.

The entire MOBA genre actually began with Defense of the Ancients, a fan-made mod for Blizzard's own Warcraft III, the popularity of which ultimately inspired competitor Valve to make Dota 2. While the DotA name was inspired by a Blizzard game, it had no claim to the brand and Valve took advantage of the opportunity to trademark the title. In 2012 when Blizzard first announced Blizzard DotA, the game that would eventually become Heroes of the Storm, it sparked a legal battle with Valve over the name. Ultimately Blizzard had to change the title to Blizzard All-Stars. In 2013 the game was finally renamed Heroes of the Storm before going into extensive alpha testing in 2014 and beta testing in 2015.

Blizzard announced it will host one final beta test for Heroes of the Storm starting on May 19th, shortly after the end of the Heroes of the Dormchampionship eSports tournament. The final match of that tournament will air on an ESPN network and WatchESPN on April 26th.

In this article: Blizzard, diablo, dota2, hdpostcross, heroesofthestorm, leagueoflegends, starcraft, warcraft, worldofwarcraft
All products recommended by Engadget are selected by our editorial team, independent of our parent company. Some of our stories include affiliate links. If you buy something through one of these links, we may earn an affiliate commission.