Disney will release 'Nomadland' simultaneously in theaters and on Hulu

Disney's decommissioned '20,000 Leagues' ride gets a second life in VR 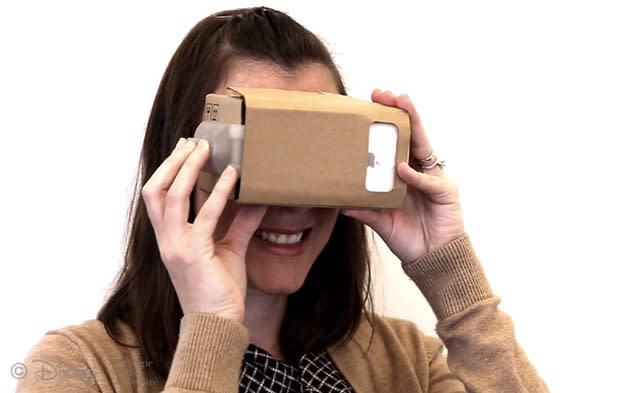 Disney Research is apparently developing plastic accessories that can control phones, which might even be more far-out than MIT's thumbnail trackpads. They're called acoustruments, and they can control phones with sounds from their own speakers. How? Well, each acoustrument comes with a U-shaped tube that feeds ultrasonic sound from the phone's speaker to its mic. You can control the phone with that setup by disrupting the sound, say, by blocking holes on the tube like you would on a flute. Its controls don't necessarily have to be holes, either -- they could be buttons, switches, knobs, wheels, sliders and anything else that can alter the sound wave to indicate an action.

Thus far, the researchers have already developed an acoustrument that integrates with a phone case and acts as a camera shutter, one that acts as an alarm controller, another that turns a phone into a toy car and one that transforms a device into an interactive doll. They believe the accessories can be especially useful whenever you don't have access to the touch screen, such as when you're using your phone as a virtual reality device (like in the picture above). We doubt we'll see acoustruments being sold on Amazon or elsewhere anytime soon, but the good news is that they're reportedly cheap to manufacture. Hopefully, that means they're also affordable if they do come out, so you can try the curious controllers without breaking the bank.

In this article: Disney, mobilepostcross
All products recommended by Engadget are selected by our editorial team, independent of our parent company. Some of our stories include affiliate links. If you buy something through one of these links, we may earn an affiliate commission.