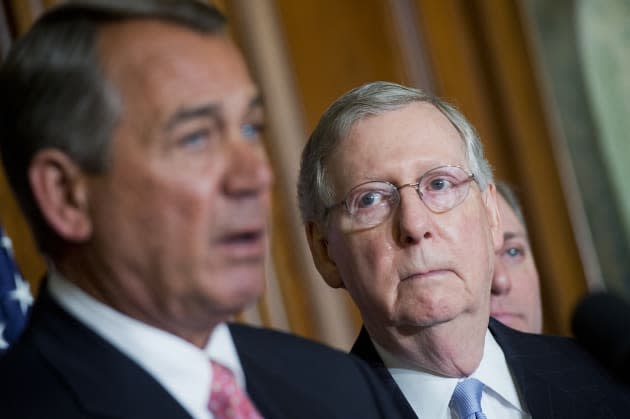 In case you haven't heard, the Patriot Act's Section 215 is set to expire June 1st. That's the provision that National Security Agency uses to justify its bulk data collection practices. However, Senate Majority Leader Mitch McConnell is working to make sure the current rules remain in place. McConnell introduced a bill earlier this week that would extend the Patriot Act's justification of post-9/11 surveillance until 2020. What's more, the senator already put the bill on the Senate calendar using a rule that allows him to bypass the usual committee process.

Details are scarce for now, but it seems the bill would extend the current regulations without any changes. If it passes, the legislation would stymie the recent effort to clamp down on the NSA's spying techniques -- especially the collection of cellphone data. McConnell already fought against surveillance reform once, leading the charge that defeated a proposed bill last year on the grounds that current practices help the government fight terrorism. Of course, the NSA itself reportedly considered ending its collection, citing cost and effectiveness concerns back in 2013.

In this article: bill, datacollection, government, law, mobilepostcross, nsa, secruity, spying, video
All products recommended by Engadget are selected by our editorial team, independent of our parent company. Some of our stories include affiliate links. If you buy something through one of these links, we may earn an affiliate commission.