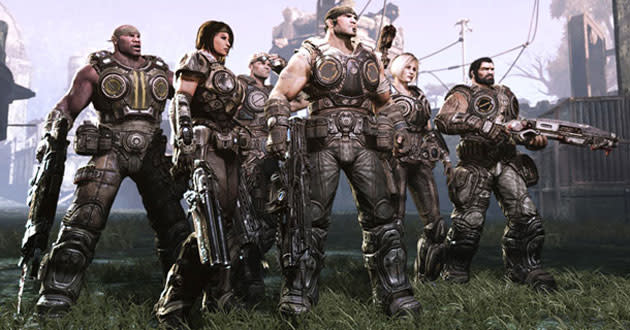 Have you wondered why video game characters bear precious little resemblance to the people you see on the street? PBS has. Its latest Game/Show episode dives into the reasons why bodies in games are so exaggerated, and finds that it's largely about the psychological associations you make with geometry. Circular shapes tend to communicate liveliness, innocence and stereotypical femininity, while squares and triangles often suggest balance, hardness and (historically masculine) strength. They're meant as a shorthand that conveys what a character is about before you even start playing, such as a tough-as-nails Gears of War soldier or a friendly mascot like Mario.

The problem, as PBS notes, isn't so much the lack of realism (though that's sometimes an issue) as the lack of diversity. There's a wide range of male body shapes and faces, but women in games are almost always slender and pretty -- you rarely see stocky or battle-scarred heroines. And regardless of sex, overweight characters are frequently relegated to the roles of comedic sidekicks and villains. This tendency toward exaggerated bodies is somewhat ironic, PBS adds, since studies suggest that men and women alike are often attracted to figures that don't match the chiseled ideals you see in games.

There are certainly exceptions to the rule, and things are changing. The show points out that the more down-to-Earth Lara Croft from the Tomb Raider reboot is the most successful to date, and Blizzard gave Overwatch a female 'tank' (Zarya) after feedback. However, it could be a long while before your in-game avatars look like what you see in the mirror.

In this article: gaming, gender, pbs, video, videogames
All products recommended by Engadget are selected by our editorial team, independent of our parent company. Some of our stories include affiliate links. If you buy something through one of these links, we may earn an affiliate commission.